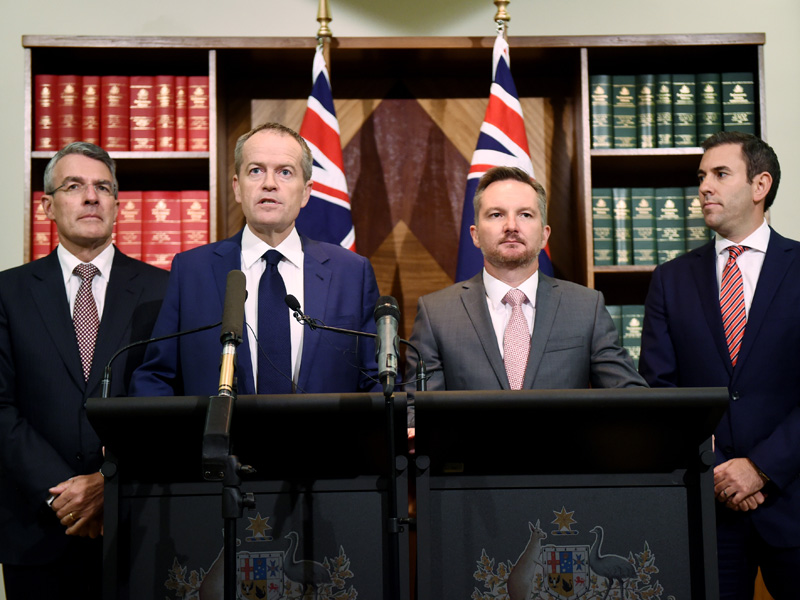 Australia’s banks came out of the Global Financial Crisis unscathed while their international competitors ran for the cover of government bailouts. But that gloss has long since tarnished and the banks are under the hammer like never before.

Labor is pledging a $53 million royal commission on the sector, with Opposition leader Bill Shorten citing high profile financial scandals where the Commonwealth, Macquarie and other banks have fleeced customers of life savings.

“There are literally tens of thousands of victims, if not more.”

• Interest rates are on the move – you just can’t see it yet
• PM ‘too quick’ to dismiss bank probe: Labor
• ‘Whyalla Wipeout’ looms years after death of carbon tax

“This string of scandals has to stop,” Mr Shorten said.

The Government has rejected the notion of a royal commission with Treasurer Scott Morrison calling the idea a “reckless distraction that puts at risk confidence in the banking system.” But even in the government ranks there are dissenting voices. Nationals stalwart Senator John Williams called on his Coalition colleagues support Labor’s call and Liberal MP Warren Entsch said a commission was necessary to stop “bastard practices” by the banks.

The opprobrium being suffered by the banks is leaving the the political arena and spilling out into the financial world. Industry Super Australia says calls for a royal commission are “justified”.

Fitch’s Australia director, Tim Roche, told The New Daily “the reputational damage could ultimately mean the banks lose business, but at this stage its hard to see exactly what the impact could be”.

The big question facing the banks is whether they can put past misconduct behind them and win back public trust to shore up a future in which they will face disruption from players like Bitcoin and peer-to-peer lenders.

Katherine Teh-White, managing director of Futureye, a corporate risk consultancy, says “the banks have a big challenge to show they can make the necessary changes in their culture”.

The banks have already been hit by penalties and face more through cases being brought by regulators into allegations that the ANZ and Westpac have rigged professional interest rate markets and potential class actions. “These are likely to emerge over time and are likely to be manageable for the banks,” Mr Roche said.

And over on the markets, the banks are on the slide. The Financials index on the Australian Securities Exchange peaked last March at 8371 points and is now down 26.9 per cent to 6126 points. Some big banks have lost around 20 per cent since late December.

That, says independent economist Stephen Koukoulas, is adding a negative weight to the economy because it is “making the banks ultra-conservative” in tightening their lending criteria to protect their share prices from further pressure.

Concerns about over-valued property and looming loan losses from a slumping mining sector following ANZ’s recent $100 million write down on resources are also weighing on the banks.

Those worries, along with conditions being experienced in the international credit markets, mean not only that the banks are tightening loan criteria but they are having to pay more for deposits and offshore loans.

Already the changes are visible in the mortgage market, with Bank of Queensland this week announcing an 0.25 per cent rise in its variable mortgage rate.

And they are not alone with data from research group Canstar showing a raft of banks including Bank Australia, NAB, Macquarie, Bank of Melbourne, Bank SA and St George have inched their mortgage rates up by around 10 basis points. Banks get battered as calls for royal commission grow