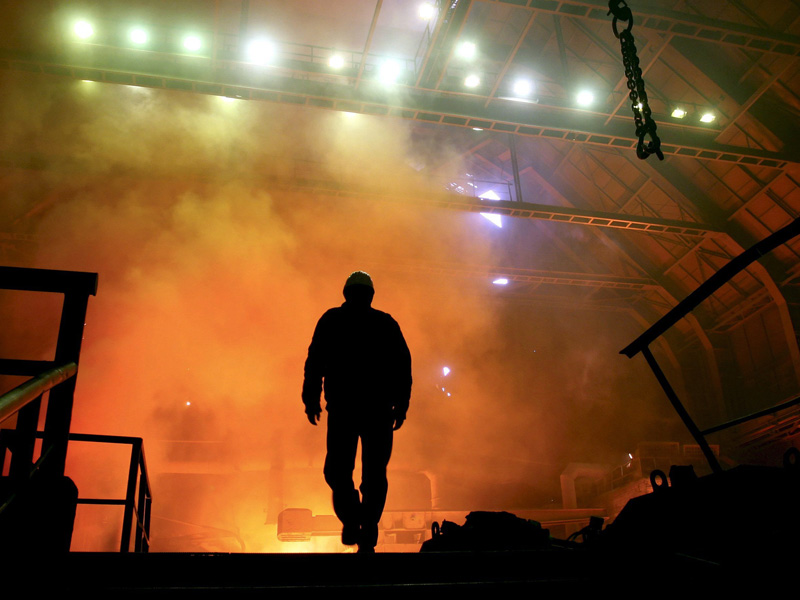 Back in 2012, then Trade Minister Craig Emerson hit the headlines singing the words “No Whyalla Wipeout there on my TV” to the tune of the old 1970s Skyhooks hit Horror Movie, in response to Coalition claims Labor’s carbon tax would destroy Australian industry.

The Abbott government scrapped the carbon tax after coming into power in 2013.  But the horror movie has started to roll for the 21,000 residents of the South Australian steel town, with local steelmaker Arrium calling in administrators after struggling with $2.8 billion in bank debt.

Administrators Grant Thornton have tried to calm the horses saying it’s “business as usual” for the company’s 7000-plus workers while they consult with bankers, unions, creditors and others.

But for the 1100 workers at the Whyalla mill and their thousands of colleagues around the country, the outlook is clouded to say the least.

Arrium is caught in a vice partly of its own making, triggered by collapses in the prices of the iron ore and steel it produces.

Spun out of the old BHP steel monopoly in 2000, Arrium has spent billions on expansions in Australia and the Americas, some of which have come back to bite it as falling prices make them uneconomic. And as the China and Australian mining infrastructure booms fade, the local steel market is flooding with Chinese steel.

“Steel prices have collapsed by more than 60 per cent and the margins [earned by steel producers] are down more than 80 per cent,” Australian Steel Institute CEO Tony Dixon said.

In the normal course of events that would have clobbered Arrium’s profits but it would have stayed above water. But add in the debt for non-economic expansions and the interest bill is now unaffordable.

Industry minister Christopher Pyne pleaded for the banks to find a way to finance the company, saying Arrium could either break even or be profitable “in the right circumstances”.

“The surest way for the banks to receive their money back from Arrium, the $2.8 billion that they owe their creditors, is for Arrium to trade out of its difficulties,” he said.

Government support for the industry has been patchy. In the Rudd-Gillard years Labor implemented a $300 million scheme to help big steel improve efficiency, which was dropped by the Abbott government.

Mr Pyne said the government has aided Arrium by cracking down on below cost or “dumped” steel imports, exempting steel from the renewable energy target and bringing forward construction of a 600-kilometre railway between Adelaide and Tarcoola.

Opposition Leader Bill Shorten called for governments at all levels to to support the steel industry.

“Governments spend a lot on infrastructure. What is wrong with requiring Australian content in steel?” he said.

One industry observer agreed, saying the NSW government had committed to the North West rail link which requires “more steel than the Harbour Bridge and it was all imported from China”.

Professor Roy Green, Dean of the UTS Business School, said basic steel production may have had its day and blast furnaces like that at Whyalla “can’t compete with overseas operators with low costs and high volumes unless they move to very efficient and sophisticated technologies”.

However local companies making steel products “have a potential competitive advantage if they become very specialised and engage with the global value chain”.

There is still hope for the Arrium business, with investment groups Argand Partners and Cerberus Capital Management interested in bidding. Other investors would like to buy its Moly-Cop operation which makes rail wheels, wire ropes and the steel balls used in grinding and crushing machinery on mine sites.

But whatever happens, the future doesn’t look bright for the Whyalla blast furnace and its 1100 workers, as it is unlikely to find a way to compete with massive Chinese plants with their low labour costs and huge production volumes.

If it closes it will leave one Bluescope blast furnace at Port Kembla (a second is mothballed) as the only plant turning Aussie iron ore into steel.