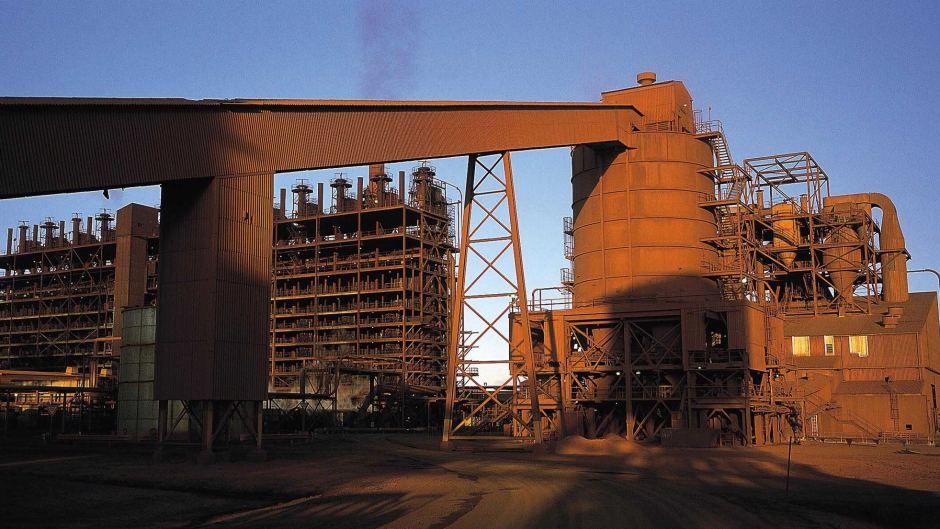 Townsville’s Mayor has labelled the confusion around the future of the remaining 550 jobs at Federal member for Fairfax and controversial businessman, Clive Palmer’s Queensland Nickel as being “worse than a Shakespearean tragedy”.

Workers at the nickel smelter have been told their employment will be terminated at 5:00pm today, unless new management company, also owned by Mr Palmer, can secure the required environmental licenses from the state government.

Ultimately as many as 800 workers connected to the refinery could lose their jobs as well as 1600 people working in businesses relying on the smelter.

• Queensland Nickel: 550 jobs terminated
• Clive Palmer’s corporate jet to be sold
• Palmer ‘not sure’ if he authorised donations

Queensland Nickel Sales (QNS), owned by  Clive Palmer, took over as manager of the troubled refinery, near Townsville, on Monday, after former manager Queensland Nickel, another of Mr Palmer’s businesses, went into voluntary administration.

But, a hitch in that plan emerged, when it was revealed that the new management company does not have the relevant state government approved licenses to run the plant.

The Queensland Government said QNS only applied to take over the Environmental Authority on Wednesday, with Queensland Nickel administrators FTI Consulting endorsing its transfer on Thursday.

Environment Minister Steven Miles has asked the Department of Environment and Heritage Protection “to ensure the application assessment for QNS is done as swiftly as possible with the appropriate checks and balances in place”.

The department is considering whether the new company can re-employ staff while that process is underway.

Townsville Mayor Jenny Hill said any job losses would be a tragedy for the workers, their families and the whole community.

“These are real people we’re dealing with here whose lives and livelihoods are heavily affected by the actions and decisions made by a handful of people,” she said.

“It’s worse than a Shakespearean tragedy.”

I’ve always taken Clive Palmer on his word, but after the events of the last week, God only knows what’s going to happen” said Jenny Hill, Townsville Mayor.

Cr Hill said she had been assured the remaining Queensland Nickel workers would be paid up until their final shift, but after that she too was uncertain.

“I’ve always taken Clive Palmer on his word, but after the events of the last week, God only knows what’s going to happen,” she said.

Queensland Nickel fell into voluntary administration in January, when 237 workers were sacked.

They have yet to be paid their entitlements.

The ABC can reveal that of those creditors, more than 300 are businesses.

It includes government departments and corporations such as Stanwell Energy and Powerlink, the Australian Tax Office, and the Queensland State Office of Revenue.

Resource companies, electrical suppliers, and crane-hire and shipping firms are among the other businesses yet to be paid for their services.

A second creditors meeting for the Townsville refinery will be held in April.

Cr Hill has called on the Federal Government to extend a lifeline, comparing the situation to that of the car manufacturing industry collapsing in South Australia.

“I’ve had people say to me it’s as bad as what’s been happening in Adelaide,” she said.

“I would say to you that we are in the same position, and I really now want the Government to move in and support us with a similar package as they’ve done in South Australia.

The Federal Government has so far pledged more than $2 million towards a support package for sacked workers.

He said Prime Minister Malcolm Turnbull should allow sacked workers to access the Federal Government’s entitlement scheme immediately, without having to wait for Queensland Nickel to be liquidated.

“When you’ve got people who’ve paid taxes their whole adult working life need some help from the Government for once, this is not the time for the Government to get out right-wing economic textbook and read out that, ‘sorry, we can’t help you’,” he said.

Federal Member for Herbert, Ewen Jones, said he was dismayed at how slowly the new company had acted but hoped workers would be re-hired.

“I’m hoping Queensland Nickel Sales will be transferring all their entitlements, their long service leave, their recreational leave, their superannuation across with them to the new entity,” he said.