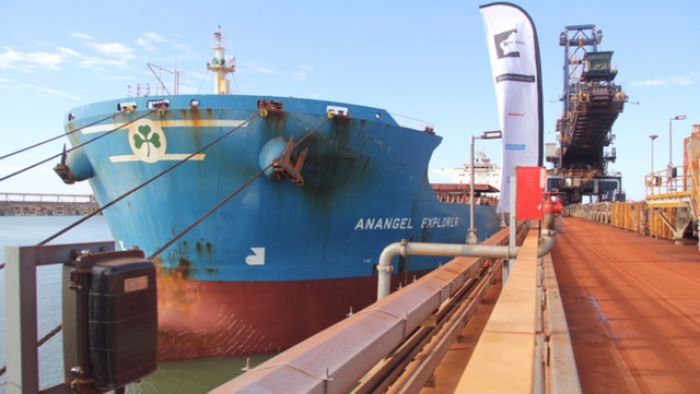 Economists surveyed by Bloomberg had typically expected economic growth to be 0.4 per cent for the December quarter and 2.5 per cent for year.

The lowest forecasts were for 0.2 per cent growth and the highest for 0.6 per cent for the quarter.

NAB’s senior economist David de Garis said the strength of the numbers had caught everyone off-guard, probably including the Reserve Bank.

“People were braced for a downside surprise, and obviously we didn’t get that,” he told Reuters.

“If anything, the 3 per cent figure for the year is getting the attention. That’s half-a-percentage-point above where the RBA thought we’d be.

“Given Australia is going through the biggest mining pullback in our lifetimes, this is a pretty good outcome. Our baseline is that the RBA is done cutting, and these numbers only support that view.”

The biggest drag on the economy came from a continued decline in business investment as the mining construction boom winds down, with capital spending taking 0.2 percentage points off GDP.

In the face of the ongoing decline in mining-related investment, economic growth at 3 per cent is to be commended.

While the mining investment boom is winding down, the production boom is well underway.

With ‘real’ GDP measuring output, not the prices received for that output, mining was actually the main sector contributing to annual economic growth, along with financial and insurance services (both added 0.4 percentage points in trend terms).

Construction, public administration and safety and health care and social assistance were the other big growth sectors, with a residential building boom and the aging population stoking demand.