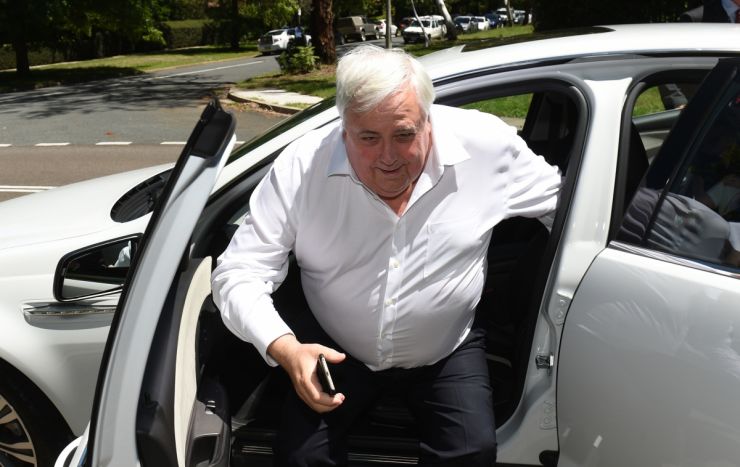 Clive Palmer’s financial position seems to have worsened as administrators have moved to sell assets owned by his companies.

One asset for sale is a Bombardier Global Express aircraft that is the property of Palmer Aviation, which owes $26 million.

Creditors of Mr Palmer’s aviation company met yesterday in Sydney and decided to put it into liquidation.

Liquidators FTI Consulting said the process would start in March.

FTI Consulting said the proceeds from the sale of property would go toward the cost of running of the federal MP’s Queensland Nickel refinery at Yabulu near Townsville, which is currently under voluntary administration.

It said cash flow for the refinery was a critical issue.

Meanwhile, Mr Palmer also denied allegations that he was secretly running the refinery under an alias, after moving into politics in 2013 and saying he would keep his distance.

According to The Australian, Mr Palmer used a “Terry Smith” Yahoo email address to sign off on purchases and keep an eye on the operations of the Townsville refinery — a process described by a corporate lawyer as legal but “really weird”.

But he did reveal that he remained involved in an expenditure committee and signed off on business emails under the name ‘Terry Smith’.