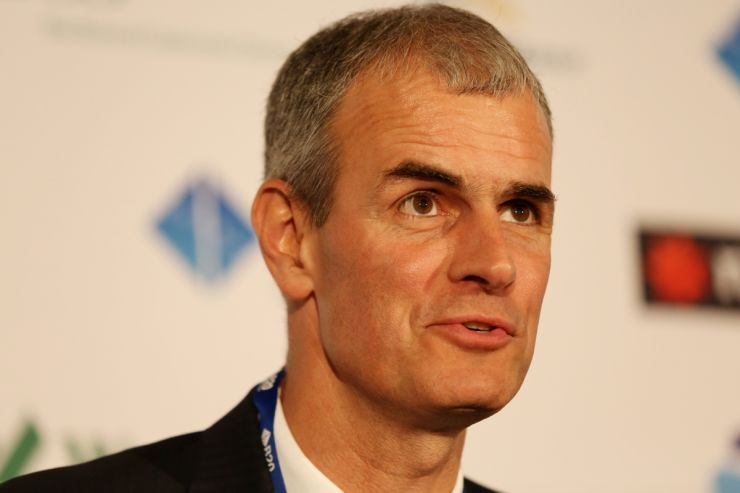 The chief executive of the Australian Securities Exchange is warning that Australia needs to confront structural economic reforms to make a successful transition from the once-in-a-century mining boom.

Elmer Funke Kupper said that, with the mining boom over, Australia will no longer be “saved by nature” and that even with 23 years of unbroken economic growth, no-one should be complacent.

Mr Funke Kupper is not forecasting a recession but he told the ABC’s AM program that reforms are critical for Australia to remain competitive in the post-boom world.

“Most economists are not predicting a recession, but of course we are in an environment where nature doesn’t save us anymore,” Mr Funke Kupper said.

“We’ve had 20 years where rising commodity prices, and then a rising currency, has given us this massive growth in wealth and income.

“That’s no longer the case, so we have to do more ourselves and that requires some structural changes in the way we manage the economy to make sure that we’re match-fit, because nature is not going to give it to us anymore.”

The ASX boss was speaking to AM after delivering a 7.3 per cent increase in half-year profit to $213 million, mainly due to capital raisings by Australian banks.

However, Mr Funke Kupper said, despite the current selloff in bank stocks, Australia’s major banks remain solid and are set to remain profitable.

“Australian banks are very well managed and very well regulated but, of course, the good times that we’ve seen might come to an end,” he cautioned.”

“We might see higher debt charges in the future but of course the banks are very profitable.”

However, he is unsure when the investor anxiety will end.

“The problem we now have is we have more debt than ever before, about $200 trillion in the world,” he said.

“The Australian government is borrowing $100 million a day that we’re all going to have to pay back and we have ultra-low interest rates but the question is how is that all going to unwind and when it unwinds, it’s going to create problems somewhere in the world.”

‘Commodities won’t save Aust from recession’