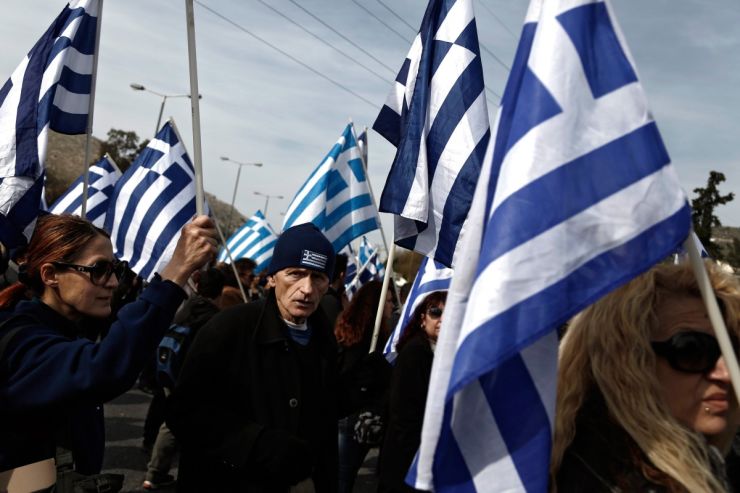 Wall Street fell sharply, but recovered late, as investors fretted about global growth and worried about delays to a bailout review by Greece’s lenders.

ANZ and NAB were both down 2.7 per cent in early market action, with Westpac off 2.4 per cent and the Commonwealth Bank losing 1.9 per cent to $74.92.

Regional institution Bank of Queensland slumped 5.3 per cent, while Bendigo and Adelaide Bank was down 3 per cent to $9.97 and investment bank Macquarie was off 2.5 per cent to $61.60.

In Athens, the stock index slumped 7.9 per cent, which hit sentiment across Europe and the US.

In New York, shares recovered from the day’s lows after a late rally among energy stocks.The Dow Jones Industrial Average finished 1.1 per cent lower at 16,027.

Investors also backed away from expensive tech stocks on fears of a global slowdown.

The financial sector was a major loser, as big banks in both the US and Europe sank amid persistent worries about the pace of global economic growth.

Shares in Germany’s Deutsche Bank fell 9.5 per cent, while the country’s DAX is closing in on bear-market territory, down 21 per cent from a late-November high.

“Risk aversion helped demand for safe-havens, US 10-year interest rates falling to a 12-month low,” he wrote in a note.

“The rise in credit spreads, particularly in peripheral Europe, was one reason for the sour mood.”

Despite the carnage on equity markets, the Australian dollar had inched higher to 70.8 US cents shortly before 8:30am (AEDT).

On commodities markets, spot gold jumped 1.2 per cent to $US1,191 an ounce as investors sought the safe-haven commodity.