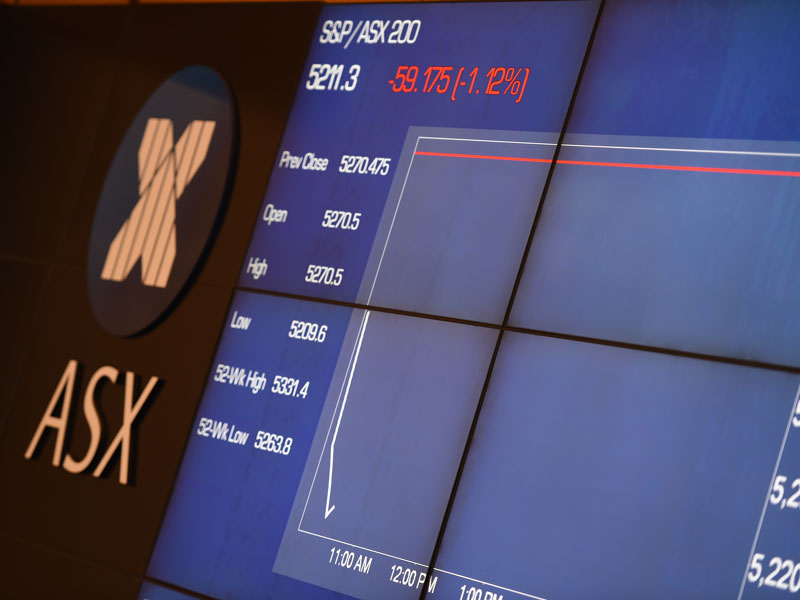 Monday was another worrying day on the share market – at the close the ASX 200 index was down 1.2 per cent or 7 per cent from its close on December 31.

That brings the market to a cumulative loss of 27 per cent of its capital value since the high-water market in October 2007.

An old investment maxim advises buying shares “as if you’re buying the whole company”, and many individual investors do just that – they fully research each stock, set targets for when to buy more or when to sell out, and look for investment trends on which to take ‘long’ or ‘short’ positions.

• Australian stocks hit record low
• If there is another GFC, Australia will feel it – painfully
• How to avoid a nasty summer bill shock

Those who trust fund managers, or most commonly, superannuation fund mangers, to pick stocks for them will be hoping theirs jumped out of certain shares ahead of the current market rout – you should get some idea with your next super statement.

Stocks are just one category of investment, of course, and most super funds have a mixture of local and international shares, property, fixed interest, cash and so on.

And even with shares, a long-term slide of 27 per cent in capital values doesn’t have to mean the investment was a poor one – Australia has a culture of high, fully-franked dividends that in recent years could have made even sinking shares attractive in terms of total returns.

Nonetheless, it is a frequent criticism of Australian fund mangers that they are overweight in Australian shares – what David Buckland, CEO of Montgomery Investments, last week called “home ground bias”.

That bias will now hurt many households, despite numerous gloomy economic signs having pointed to ‘sell’ for some time.

We know that Australia’s terms of trade peaked in late 2011 – that is, the price we can charge for exports has been falling relative to the price we pay for imports.

Likewise the fall in the dollar, which tends to move roughly in line with the terms-of-trade.

Some of the largest potential gains for fund managers in the past few years have been from having an unhedged exposure to overseas shares – particularly in the US. The diving Australian dollar alone would have seen such investments gain well over 30 per cent in AU$ terms, even before any capital gains or dividends were accounted for.

The depressing aspect of such a trade is that it’s really a ‘sell Australia’ strategy.

The ‘hold Australia’ strategy would have done the opposite. As explained previously, around half the market-capitalisation of the Australian Securities Exchange is accounted for by two previously booming industries – mining and banking.

The ‘sell Australia’ trade recognises that those two sectors’ booms are done – hard commodity prices have disappointed on the downside for some years now, and although the housing/mortgage bubble still seems to be intact, investors are betting against it.

Why weren’t we told?

So that’s what the fund managers and traders think, but what about your political and policy-making leaders? It’s hard to know sometimes, as they steal the headlines with messages of “she’ll be right”.

Take, for instance, Prime Minister Malcolm Turnbull’s mantra: “It’s never been a more exciting time to be an Australian.”

Well he’s right in many respects. Australia has everything it needs – in terms of human capital, governance structures, the financial system and so on – to retool and build new, economically sustainable industries. That’s exciting.

What Mr Turnbull doesn’t dwell on, is that the one-way bet on mining and banking went too far and, via a too-high Aussie dollar, gutted some sectors that should now be resurgent. Advanced manufacturing, particularly automotive, is at the top of that list.

Nor does he mention the extraordinary amount of debt that has been pumped into the largely non-productive residential property sector, lured there by nonsensical tax breaks such as capital gains tax concessions and negative gearing.

The PM is not the only one. Reserve Bank governor Glenn Stevens told the House of Representatives Standing Committee on Economics just three months ago: “We negotiated the first two phases of the resources boom without major inflationary problems, and are part way through our adjustment to the third phase – so far without a major slump in overall economic activity.

“There is still a pretty good chance that we will come out of this episode fairly well, and much better than we came out of previous episodes of this type.”

Are your reassured yet?

The Australian Prudential Regulatory Authority was a similarly optimistic voice, cheerfully telling Australians there was nothing wrong with the growing housing bubble, until it was forced to swoop twice in 2015 with lending caps and tougher capital-reserve requirements.

Economist Lindsay David argued in the Guardian Australia on Monday that: “Government and industry have managed over the last decade and a half to instil severe complacency in Australia, hoping policymakers’ two big bets on the finance, property and mining sectors would continue to pay dividends far into the future.”

Traders are now showing that they are far from complacent, though householders will take a little longer to realise that the glitter of the mining and housing-credit booms does not always produce gold. The optimists who said your shares were safe