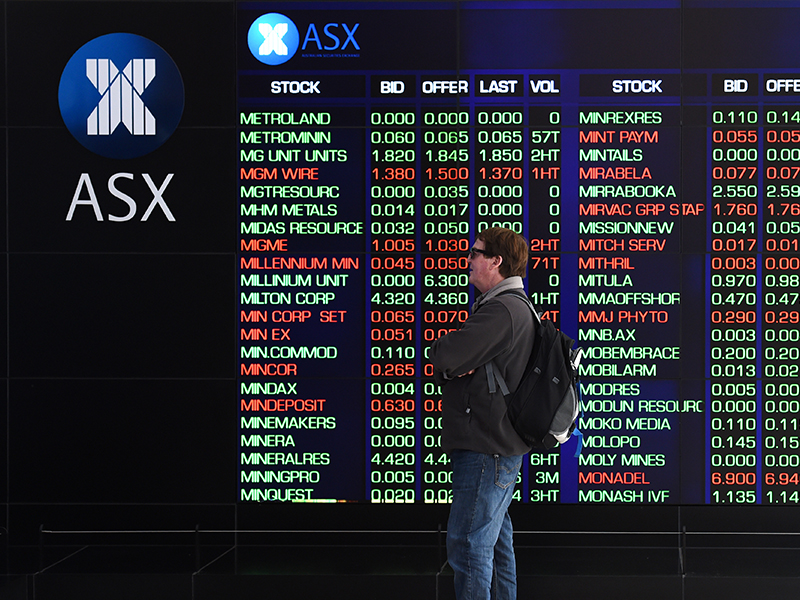 It has been an unnerving start to the trading year, with the ASX 200 shares index dropping 0.5 per cent on Monday and a further 1.6 per cent on Tuesday.

Whether you’re back to work, or sitting on a beach reading the news remotely, the natural question to ask is what these moves mean for 2016. Is this beginning of a longer correction?

In the longer term, the answer is ‘most likely, yes,’ though in the short term a better answer is ‘don’t panic’.

The first point to note is that in China, where shares fell 7 per cent on Monday, such moves are not new.

The inflation, and sudden deflation of bubbles in China has become almost routine. The Shanghai Composite index cascaded down 32 per cent during June and July of last year, and again 27 per cent in August.

That said, the Chinese market is growing less volatile as traders’ stock valuations start to take account of an economy that is growing at the slowest rate for 25 years.

Europe also took a hit on Monday, though European markets are better than China at pricing in economic weakness (and so have less far to fall with each shock).

Paris and London bourses fell around 2.5 per cent on Monday, and Germany was down 4.3 per cent. Across the Atlantic, the sell-off was more muted, with the New York Stock Exchange falling 1.6 per cent.

In crude terms, those numbers rank the seriousness of the economic difficulties facing the world’s major trading blocs – China, terrible. Europe, bad. The US not too bad.

Global turmoil can be worrying for mum-and-dad investors, but if you’re thinking of leaving the beach and rushing back to a computer to offload assets, think again.

That’s because wise investors, rather than reactive speculators, should be looking at the longer term picture for Australia.

Now, that doesn’t mean there’s not plenty of downside risk. It’s just that planning ahead for that downside is better than panic selling.

The problem is where to get good advice on the Australian economy. As other commentators have noted recently, market economists and public-service boffins alike stuffed up their forecasts for 2015.

The federal Treasury over-estimated economic growth and tax revenues (again), and the market economists failed to adequately predict the RBA’s rates cuts, the extent of falls in commodity prices and the terms of trade, or even the low-5000s state of the ASX200 index.

There were notable exceptions. The bearish commentators at MacroBusiness, and non-orthodox economists Steve Keen and Bill Mitchell picked the sharper than expected unwinding of the resources boom, in line with the broad ‘dog days’ thesis put forward in 2012 by Ross Garnaut.

The New Daily has brought you these views throughout the year (see, for instance, here, here and here) but we have also often debated in the newsroom why so many economists and commentators keep being too optimistic.

The charitable view is that going too bearish with forecasts will harm consumer and business confidence more than is absolutely necessary. And perhaps there’s something in that – the Christmas retail spending data surprised on the upside and consumer confidence is above its long-run average according to the ANZ-Roy Morgan survey.

So where does that leave mum-and-dad investors, fretting on their beach-towels?

In the short-term, as I said, there is no reason to abandon the holiday to liquidate assets. The China-led ‘shock’ is like a king wave hitting a surf beach – you can duck it and carry on.

In the long-term, however, the tide is falling on some asset classes that have been over-spruiked.

David Buckland, CEO of Montgomery Investments, argues that Australia’s economy continues to suffer a “home ground bias” in its investments.

He points out that the bulk of financial advisers in Australia are employed by the big-four banks, IOOF and AMP.

These, says Buckland, offer “cookie cutter” investment advice, that includes investing in the big-four banks themselves.

On Buckland’s reckoning, one-sixth of the value of stocks listed on the ASX are in the troubled resources sector, and two-sixths is in the big bank stocks. Yep, that’s half the ASX in two sectors.

When the mining boom, and the mortgage credit boom were both at full gallop, that “home ground bias” was a huge advantage to investors. The cookie cutter plans worked for us all.

But that bias is now working against us – the more so since so many forecasters have got commodity prices, the terms-of-trade, interest rates, the ASX and the Australian dollar wrong.

Even without any unforeseen shocks, the year ahead will force many Australians to reassess the value of the assets they hold, and the quality of advice they’ve received.

The best evidence of this, says Buckland, is that ASX shares – many of them with a large downside risk built in – returned 2.8 per cent in 2015 with dividends reinvested.

That’s only slightly more than a cash savings account returning 2.6 per cent, and effectively risk free.

Those kinds of risk/return calculations are something to think about – but only when the holiday’s over.

The tide’s falling for our biggest assets