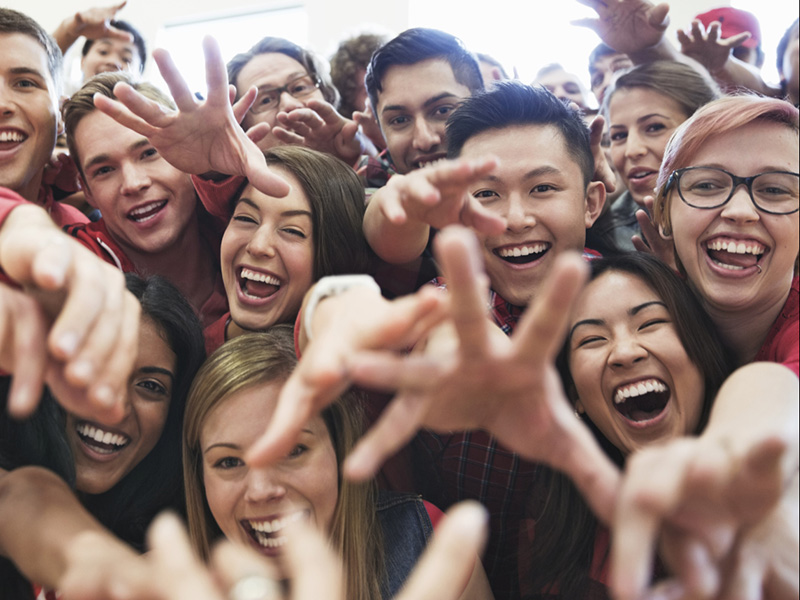 During the 2010 election, a confused debate erupted about whether or not Australia was ‘full’.

Former business leader Dick Smith lamented the days when every house had a backyard you could play cricket in, and he released a documentary suggesting overseas migration should be radically reduced.

Well Australia wasn’t, and isn’t, full. However, there are economic impediments to continued strong inward migration.

• Why Australia is sitting on a clean energy gold mine
• Ignoring the lessons of 2015 could cost us
• Scott Morrison: ‘Down, down, the economy’s down’

The big one back in 2010 – now somewhat addressed – was an undersupply of housing.

With net migration to Australia peaking at around 300,000 people a year in 2009, it was right to ask where all those people would live.

The housing construction boom of the past few years has gone some way to addressing that, and when combined with a recent study showing 82,000 ‘speculative vacancy’ properties in Melbourne alone, it’s clear that a lack of houses per se is not the problem.

There are other impediments, however. The reason net migration grew so strongly through the late Howard years and early Rudd/Gillard years, was the insatiable appetite of the mining sector for both skilled and unskilled labour. Remember when backpackers were cleaning out ‘donga’ accommodation units for $100,000 a year?

One Labor cabinet minister told me at the time that his government was ‘terrified’ of not keeping up with the labour demands, and pushing those kinds of wages even higher.

In late 2011, just as Australia’s terms-of-trade index was peaking, economist Ross Garnaut was writing his 2013 book Dog Days, which mapped the path ahead for our heavily resources-dependent economy.

The mining investment boom would wind down, national income and, therefore, government tax receipts, would fall. The terms-of-trade would grind steadily lower and unemployment (and under-employment) would rise.

Garnaut has been proved right so far, and it is against this long-term change that the issue of net migration should be judged, rather than against a dewy-eyed nostalgia for backyard cricket (which, I have to say, I enjoyed immensely in Perth in the 1980s).

It’s important to remember too that Australia’s population will continue to grow strongly even with lower net migration.

That’s not because of the fertility rate (the number of births per woman), which actually fell to a 10-year low in late 2015.

Rather, the increase in population is being driven by higher life expectancies.

Lifespans have increased to be nearly ten years longer than policy makers expected back in the early 1990s. Damn you good medicine!

So should we just turn off the ‘immigration spigot’?

Actually, a policy of slashing migration is not the easy answer some of its proponents claim.

Our ageing demographic structure means we need young workers to provide for the oldies, and even to staff health and aged-care facilities.

So what does the flow of migrants look like? A report published two years ago by the then-newly renamed Department of Immigration and Border Protection estimated that over the four financial years 2014/15 to 2017/18, that total net migration would be 980,000.

That estimate was replaced in the Department’s latest report with a cumulative total for those years that was 16 per cent lower – 820,000.

One part of that change was a reversal in the flow of migrants from New Zealand to Australia.

Despite the fact that New Zealand GDP (in purchasing-power terms) is only 75 per cent of Australia’s, many Kiwis are heading home.

That change is likely being driven by Australia’s housing affordability crisis, and new opportunities across the Tasman (oh, and they’re probably sick of all the fush ‘n’ chups gags).

However, it is drawing a long bow to suggest that ‘Australia is on the nose’, as some commentators have crowed.

In fact, Australia could fill pretty much any migration quota it chose, if the Immigration Department relaxed its visa criteria.

That is not, of course, what’s needed.

The net migration issue, though less bound up with the housing shortage issue than it was five years ago, now comes down to a delicate balancing act.

We need young workers in a range of skilled and unskilled roles, but we also need to make sure business investment creates the jobs that they will fill – in the past two years that has not been happening.

We do, of course, need to ensure that migrants are not just brought into the country to prop up housing prices.

I wonder which party will make that an election issue in 2016 – “one new family, one new home!” Might win a few votes.

There’s a good chance that the Immigration Department’s forecasts of growing net migration numbers in the years ahead will be revised downwards. That’s a pity, because it means our economy and housing sector just can’t cope.

‘Big Australia’ as Kevin Rudd dared to call it, is still a desirable thing, with or without backyards big enough for cricket.

However, the Turnbull government will have to realise the opposite of what the Howard, Rudd and Gillard governments cottoned-on to.

Theirs was a time for a flood of immigrants. In 2016, all the signs are that we’re due for a bit of a pause.

You can read more commentary from Rob Burgess here. How high immigration turned from blessing to curse