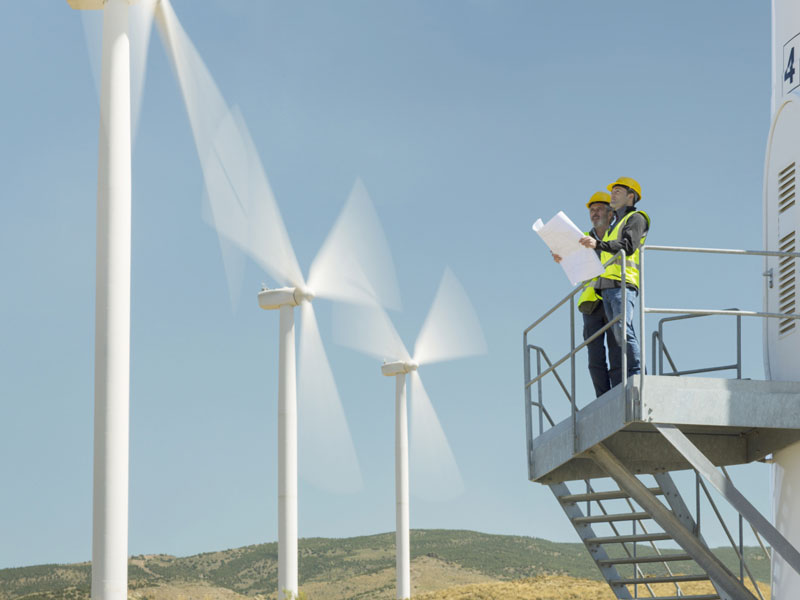 What a different year 2016 looks set to be for clean energy, compared with the perspective of just a few months ago.

Then, Australia had talked itself into a state of fear about global moves to delink economic growth and carbon emissions.

That is a defining element of Tony Abbott’s legacy – that as Opposition leader and then Prime Minister for two-thirds of a term of government, Mr Abbott created the popular myth that substantially reducing Australia’s world-leading carbon emissions was simply unaffordable.

• Why 2016 is make or break for Malcolm Turnbull
• Tim Flannery: the biggest surprise from the Paris climate meeting
• Climate change is robbing your shopping basket

Mr Abbott, backed by a number of influential newspapers, opted to swim against the tide of history. And, of course, they couldn’t do it.

Heading into 2016 some semblance of reason and optimism are re-entering this important debate.

Two-thirds Tony is gone. The COP21 Paris conference reached a historic agreement on global emissions reduction. And a raft of new technologies are bursting onto the market that will greatly aid the international push towards clean energy.

Instead of asking “can Australia afford it?”, therefore, the question must now be reframed as “how can Australia get ahead of the game?”.

Old arguments up in smoke

Cynical and short-term thinkers might answer that question: “By selling as much of its fossil fuels as quickly as possible before that market collapses.”

Well that ship has sailed, due to big shifts in global energy markets.

The LNG price, which is heavily dependent on oil prices, has fallen low enough to force oil and gas giant Chevron to cut 1200 jobs from its mammoth Gorgon LNG project in WA.

For industry lobby group the Minerals Council, that means Australia is losing one of its great comparative advantages. It is in their members’ interests for Australians to believe that with such an advantage gone, we just won’t compete on the global stage.

Australia has for a long time become convinced that it ‘got lucky’ via the mining boom, and that the subsequent boost in national income and household wealth could not be generated any other way – a defeatist position that would make industrial nations such as Germany and Japan, or newly-industrialised Malaysia, cringe.

That’s because their growth stories are not put down to ‘luck’ but to successful deployment of financial capital, innovation, development of human capital, and transparent and stable systems of governance.

Australia’s new comparative advantage, then, will be found in acknowledging how far along the non-luck path we are.

Despite pockets of deprivation, Australia is still one of the wealthiest nations in the world and its people rank second only to the Norwegians on the United Nation’s human development index.

The USA is eighth, the UK 14th and Japan 20th, by way of comparison.

Our rule of law, and stable and well-regulated financial markets, make Australia an excellent place to invest, meaning financing our renewable energy future will be easier and cheaper than for developing nations.

And to those advantages – strong human capital and attractiveness to investors – can be added a growing recognition that services exports will form a large part of our future economic growth.

The expertise we develop in energy efficiency, renewable technologies, power grid management and transport networks can be exported to nations trying to catch up.

Oh, and there’s a bit of luck too – we have excellent natural resources to develop in renewable energy areas such as solar, wind, wave, biomass and biofuels. We also have huge scope to offset future carbon emissions via carbon forestry.

In short, Australia is sitting on a carbon-free goldmine. We are smart enough, wealthy enough, export-oriented enough, well governed enough and blessed enough in natural resources to be ahead of the curve in the transition to clean energy.

At the heart of the Paris agreement is a five-yearly ‘stocktake’ of how each nation is doing with meeting its self-nominated targets.

Australia took a very modest target to Paris at the end of November, but it will now face five-yearly check-ups to see if, firstly, it has met the target, and, secondly, whether it will offer a stronger target for the next five years.

As the US, China and others strengthen their targets, they will not idly disregard laggard nations – the threat of trade measures such as ‘border tax adjustments‘, are the means by which ‘non-binding’ pledges will, in effect, be made binding.

Also, as with all 195 nations who have signed up to the Paris agreement, Australia is committed to globally binding transparency measures – that is, we can’t fake our carbon emissions.

But why would we?

The tide of history is running, strongly. The arguments put forward by the fossil-fuel lobby, the Abbott government, and a few King Canute-like backers in the media, have been lost.

Yes, Australia has among the highest per-capita carbon emissions in the world, and the highest carbon-intensity per unit of GDP. So we have more work to do than comparable nations to keep up with the post-COP21 pack.

But the point that must not be missed is that those reductions will be easier here than just about anywhere.

It is our new comparative advantage.

And though it’s based partly on luck, to capitalise on it we will need world-beating innovation, business acumen, policy responses and, most importantly, a voting public given the full facts of where the tide of history is flowing, rather than the unworthy fear campaigns of the past few years.

Why Australia is sitting on a clean energy goldmine