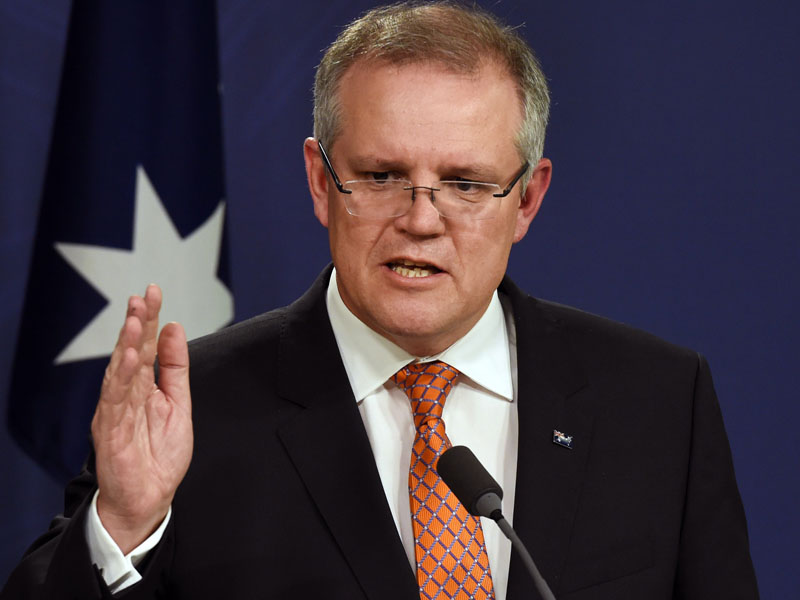 Morrison is keen on cuts that address bracket creep. Getty

The Treasurer is reportedly considering a plan that would, for the first time, give the federal government access to GST revenue.

Scott Morrison is “happy to look at” a swap with the states of federal income tax revenue for a slice of the consumer tax, The Australian reported exclusively on Thursday.

The purpose of the exchange could be three-fold: to offer voters an income tax cut as a sweetener before the next election; to make it easier to unilaterally increase the GST; and to give the states much-needed revenue stability, according to The Australian.

• Ignoring the lessons of 2015 could cost us
• Are you stressed out at work? Take our quiz
• How to become your own boss without borrowing a cent

How exactly the plan would provide for tax cuts was not discussed in the newspaper’s report. But previous reporting in the Australian Financial Review and elsewhere suggested the Treasurer was open to the idea of increasing the GST to fund income tax cuts.

Because the tax is levied by the federal government, it does not need the approval of the states to increase it, but it might be easier to placate voters if the state premiers did not attack any such plan. Theoretically, the tax swap might be a way of winning their support.

The proposal is reportedly yet to be formally discussed with the states, but the Treasurer was happy to discuss with the newspaper how the plan might work.

He suggested giving the federal government roughly a third of GST revenue in exchange for a tenth of income tax.

Treasury officials are reportedly working on the details of the plan, The Australian reported. The leaking of such details suggests the government may be interested in the voting public’s response.

If the plan is acted on, it would be the first time since the Howard government imposed the consumer tax in 2000 that the federal government kept a percentage for itself.

As The Australian noted, it would represent a departure from ex-PM Tony Abbott’s repeated insistence that GST was a matter for the states.