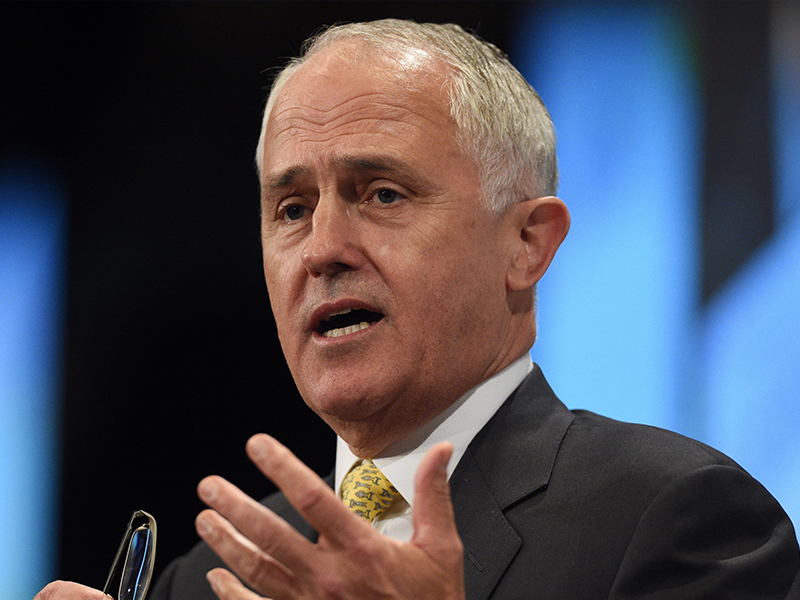 Australia was dealt some tough lessons in 2015, but the great danger is that they have still not been fully heeded. That will only make the next few years harder if the national debate does not catch up with what’s really going on.

Let’s start with economic growth. The federal Treasury has got its growth and tax revenue forecasts so wrong since late 2011 that journalists and their audiences alike have become used to the process ­– commodity prices end up lower than expected, tax revenues ‘shock’ us on the downside.

That happened again in Treasurer Scott Morrison’s first MYEFO statement, and it will happen again in next May’s budget.

• How the Fed rate hike feeds into your mortgage
• Scott Morrison: ‘Down down, the economy’s down!’
• Not everyone is a winner on zero-rate credit cards

And while it’s true that the latest employment and GDP data releases looked upbeat, there is a mirage-like quality to them.

To be real and sustainable, growth must be based on business investment, a healthy blend of exports and domestic consumption, and productivity gains. We are still seeing growing volumes of commodity exports, including iron ore, but those gains are being offset by falling prices.

So even if the GDP data are accurate, economic activity is still being propped up by an unsustainable housing construction boom and record levels of private debt.

While it’s true that a lower Australian dollar is assisting with jobs growth in the services sectors – especially tourism and education exports – it’s not enough to offset the looming job losses of 2016.

Three factors will drive those losses: the ongoing and sharp decline in mining investment, the looming shut-down of auto manufacturing and the crimping of household consumption as the housing market prices peak and, most likely, correct lower.

In short, the global and domestic economic factors affecting our economy have been worse in 2015 than Treasury, politicians or most media commentators thought they’d be.

Tanking commodity prices have seen our terms of trade fall further than expected – down 10.1 per cent in the 12 months to the end of September.

More worryingly, national disposable income fell 1.2 per cent over that same 12 months in trend terms, and when adjusted for Australia’s still fairly strong population growth, that fall was 2.4 per cent in per capita terms.

So what’s the take-away from all that gloom?

Simply that we should not cover our eyes and say “Australia’s different” – next year’s headwinds are real, the down-side ‘shocks’ in the data will be real, and the need for economic reform has not been so urgent since Bob Hawke won government in 1983.

On a more positive note

The second big lesson in 2015 was about political economy – specifically, the limits the voting public put on ideologically-driven reform which they have not mandated via the ballot box.

The ill-fated Abbott government was elected at the very wrong moment in Australian history – at an inflection point as the mining boom waned, the terms-of-trade crashed, joblessness spiked upwards and manufacturing was on its knees.

And into that period of growing adversity it dropped the 2014 budget bombshell, and cheerfully told the government-subsidised auto manufacturers to pack up and leave – what an epic mistake, just as the Australian dollar began to slide lower and boost our manufacturing competitiveness.

The unnecessary austerity budget of 2014, much of which Tony Abbott and Joe Hockey dropped in 2015, plus the decision to chase out car manufacturers who were more lightly subsidised that in most car manufacturing nations, were body blows to a nation in transition.

Australian voters, who turned out not to be as stupid as the Abbott slogan-machine assumed, registered their disgust via the opinion polls and set the scene for the ascent of Malcolm Turnbull.

The good news is that the Turnbull government has resisted the urge to pursue pro-cyclical austerity measures in its first MYEFO statement, and Treasurer Morrison has even admitted that the best way to pay down the national debt is through growth rather than radical spending cuts.

To that end, many of the reforms ruled out by the Abbott government are back on the table.

We can once again discuss the possibility of reining in superannuation tax concessions that serve primarily to help wealthier Australians pay less tax.

Likewise, there is at least a discussion around a GST increase, aimed at reducing the giant tax-avoidance rort known as ‘income tax’. If working families knew the extent to which wealthier Australians can legally escape their tax obligations, they might look upon a GST hike, with corresponding income tax cuts and benefit increases, as a progressive move.

The government is also now mulling over an ‘effects test’ to stop anti-competitive behaviour by some of our biggest corporations – particularly the grocery giants.

Put side-by-side, the difference between the Abbott and Turnbull governments is stark.

Mr Abbott promised a meek, mild and almost progressive agenda in 2013 – no cuts to health, education and so on – and then tried to deliver a stingingly ideological program of reform that was largely blind to the growing economic storm. And no, that storm wasn’t ‘debt and deficit’, but a rapid erosion of the foundations of our economic growth.

Mr Turnbull will, most likely, do things the other way around – promise right-leaning policies to shore up his disgruntled conservative voter base, but actually deliver pragmatic economic reform so as not to add to Australia’s current economic woes.

Firstly that Australia is not a global exception to the laws of economics, and major threats to our growth will continue to unfold in 2016.

And secondly, that governments who respond to those threats with blind ideology will fail.

If we fully take on board those lessons, there’s every chance of finding a pragmatic and sensible path through the difficult years ahead.

‘Under siege’: Trump reveals FBI raid of home
Revealed: Australia’s richest postcodes – and professions
Colour and triumph for Australia as Commonwealth Games close
Monkeypox vaccines arrive for most at risk
Russia ‘using nuclear plant as base’ as UN slams attacks
Father, son get life for Arbery hate crime
How the Fed rate hike feeds into your mortgage
Today's Stories

Ignoring the lessons of 2015 could cost us