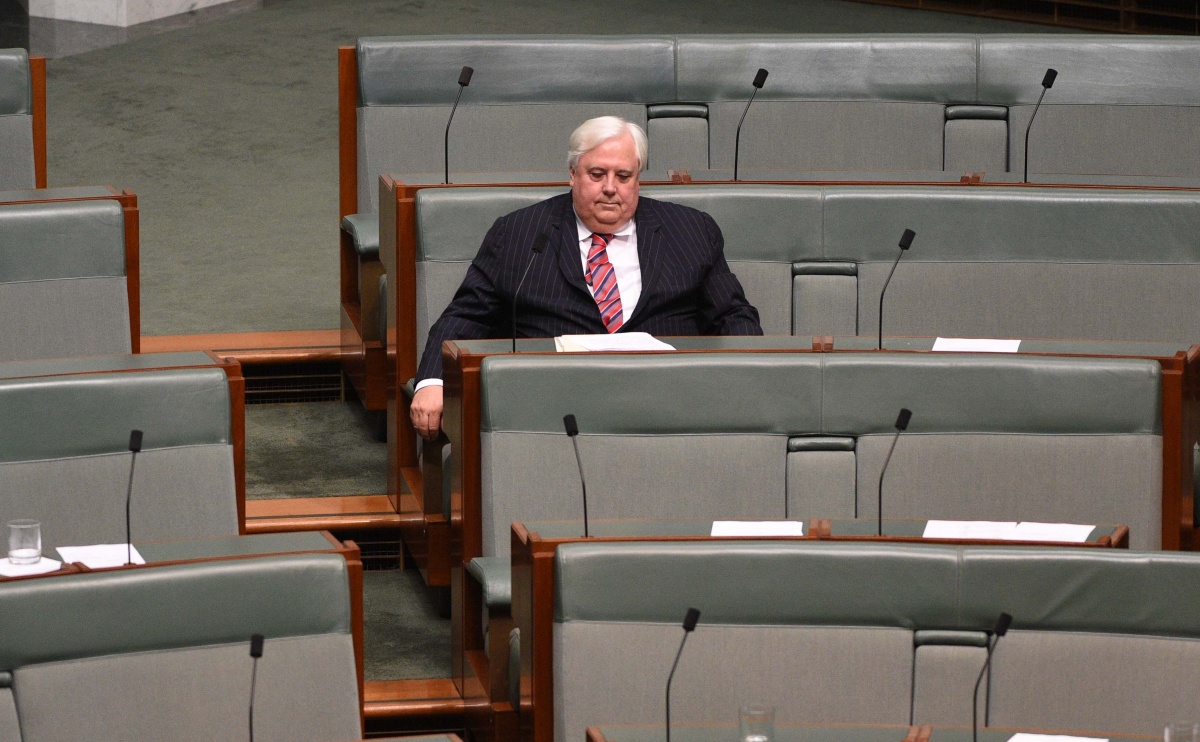 Mystery surrounds the personal wealth of Queensland businessman Clive Palmer after a week when his own statements about his business empire have been riddled with contradictions.

The confusion centres on his Queensland Nickel group which purportedly has assets of $1.95 billion, but a low nickel price meant the company had a “small deficit in cash flow”.

Mr Palmer had asked Australia’s big four banks for a $35 million overdraft but was knocked back. The banks, he said, demanded the Queensland government provide guarantees but Premier Anastasia Palaszczuk wasn’t coming to the party to back his Yabulu nickel plant near Townsville.

The situation at the plant, which employs around 800 people, appears grim.

In evidence given to the West Australian Supreme Court this week, one of Mr Palmer’s most senior executives, Darren Wolfe, asserted that the nickel business would have to be placed in the hands of administrators if $28 million could not be raised to meet short-term debts.

Mr Palmer highlighted the problems saying the Premier and state Treasurer Curtis Pitt “do not seem to concerned about the people of north Queensland, given the refinery contributed $1.6 billion a year to the Townsville economy”.

Mr Wolfe, who is the financial controller of Palmer’s private business empire, confirmed to the court that no banks were prepared to provide loans to Mr Palmer’s nickel business, which has apparently been in trouble since August.

Despite this the 2015 accounts of two of his largest companies, QNI Metals and QNI Resources, filed with the Australian Securities and Investments Commission, indicate that Mr Palmer’s companies have never been richer. This is where it gets interesting.

This is a result of a dramatic revaluation of their assets signed off on by accountants in September, the month after the cash flow problems were flagged.

The revaluations came at a time when nickel prices have fallen 50 per cent, resource prices generally had been in free fall and industry giants like BHP Billiton and Rio Tinto have written down asset valuations.

The revaluations saw assets in QNI Resources jump $1.3 billion from $448 million in 2014 to $1.75 billion in the 2015 financial year. Moreover, both QNI companies turned a combined $55 million loss into a $491 million profit a year later.

Without the revaluations low nickel prices would have ensured another loss as growth in the company’s cash revenue did not keep pace with rising costs.

Historically, the Queensland nickel business has accounted for a large portion of Mr Palmer’s wealth and the possibility of its demise could potentially wipe out a significant part of his private assets.

So, is Clive the incredible shrinking businessman?

The fact that Australia’s leading banks are not prepared to lend money to Palmer’s nickel companies is a potentially ominous sign for the Yabulu operation.

Mr Palmer on Wednesday asserted that the nickel business had net assets of $1.9 billion, but despite its impressive balance sheet position the banks won’t open their vaults.

If the revaluation of the Queensland nickel assets can be relied on, then the banks may have underestimated the creditworthiness of the nickel companies.

Conversely, it may simply be the case that the banks have elected not to rely on the asset values reported in the accounts of the QNI companies.

With the Queensland government and the banks refusing to provide bridging finance to the nickel business, Mr Palmer might be forced to test the valuations by selling some of the QNI assets to raise cash.

It’s been a tough week for Mr Palmer on other fronts. There have been reports that his Palmer Coolum Resort, bought for around $80 million in 2011, is on the market for $21 million.

A court also found that his claim for $66 million in royalty payments to his Mineralogy group from its estranged Chinese partner Citic Pacific could not be enforced. The court heard Mr Palmer’s flagship business, Mineralogy, was struggling to pay its legal fees in six separate actions, which would cost an estimated $10 million over the next 12 months.

The court also heard that the company had less than $500,000 in the bank at the end of June and if its bid for cash was rejected, it would jeopardise the jobs of 14 of its staff.

Meantime, many will question whether his personal wealth is as robust as he claims. Estimates of his net worth by BRW and Forbes magazine have differed dramatically this year.