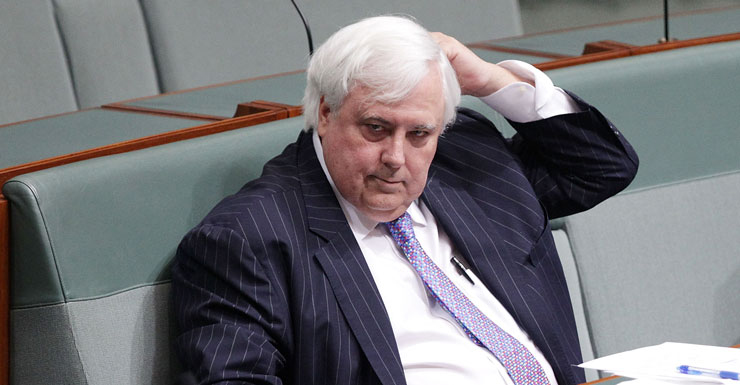 Mr Palmer’s company Mineralogy was seeking an urgent order from the court for CITIC to pay the money by 4:30pm on Monday, stating that was the deadline for putting his Townsville nickel refinery into administration and sacking 776 workers.

Outside court, a spokesman for CITIC Pacific, Rob Newton, said the company’s thoughts were with the workers of the Yabalu refinery but that the future of Queensland Nickel was not CITIC’s responsibility.

“Mr Palmer is responsible for how he spends his money and his business decisions,” Mr Newton said.

The company has been contacted for comment and unions will meet with refinery management later this morning.

The Australian Workers’ Union’s Cowboy Stockham said they were hoping to find out more.

“We’re heard the rumours, the whole town is alive with them, I just want to hear it from the horse’s mouth, what’s going on and where to from here, what’s the process from here?” he said.

He said the more than 700 workers at the refinery were feeling despondent ahead of a decision on the future of their jobs.

Mr Palmer’s own lawyer Simon Couper QC described the financial position of the empire of the Queensland businessman turned politician as “worse than perilous”.

In addition to the dire consequences facing Queensland Nickel, the court heard Mr Palmer’s flagship business, Mineralogy, was struggling to pay its legal fees in six separate actions, which would cost an estimated $10 million over the next 12 months.

The court also heard that the company had less than $500,000 in the bank at the end of June and if its bid for cash was rejected, it would jeopardise the jobs of 14 of its staff.

Mineralogy is the parent company to Waratah and Fairway Coal.

Mineralogy submitted that both companies could struggle to maintain their respective mining tenements without the payment, with Waratah being forced to terminate the employment of seven staff members.

It is a major blow for the self-described billionaire, whose personal wealth has been a source of speculation and scrutiny for years.

It is unclear what the fate of his diverse empire will be.

“Mr Palmer is responsible for how he spends his money and his business decisions,” Mr Newton said.

Mr Palmer’s north Queensland nickel refinery is also seeking nearly $50 million from the Government as the fate of more than 700 workers hangs in the balance.

The company says the refinery’s closure would affect more than 3,000 families and would be catastrophic for Townsville.

Premier Annastacia Palaszczuk said her Government needed to get the “full facts” about Queensland Nickel before offering any financial assistance.

“There needs to be more information from the company,” she said.

Palmer wealth on the slide