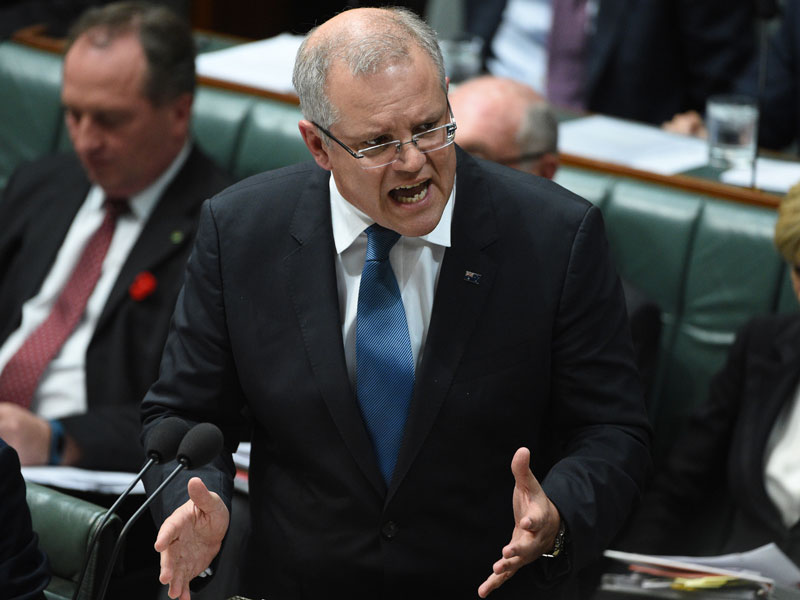 Treasurer Scott Morrison has said the focus of the tax reform debate does not revolve around an increase to the GST, but “growing the economy”.

The Coalition has released very little information on their plans for changes to Australia’s tax system, but they could include altering the goods and services tax, superannuation regulations or trade agreements.

Speaking on ABC radio on Tuesday morning, Mr Morrison said the government had neither dismissed or endorsed a GST increase.

“Now the government hasn’t proposed anything on the GST.

“The only people that have proposed something on the GST are state governments and former Labor premiers and a number of Coalition members.”

Nationals MP David Gillespie recently put forward modelling that showed an extra $130 billion would flow into government coffers as a result of increasing the GST to 15 per cent and broadening the base to cover other products and services including education, fresh food and private health insurance.

The ALP said they did not support changes to the GST, although they have endorsed changes to superannuation in favour of lower earners and closing multinational tax avoidance loopholes.

Mr Morrison said the government would work to “the right mix” with the state and territory governments.

But he added the process was ongoing.

“There’s a budget next year, there’s a green paper we would be looking to release next year,” he said.

“There are other iterations in the process, but I don’t understand where the rush is here, whether it’s from the Labor Party or the media.”

Mr Morrison was also questioned on a report published in The Australian on Tuesday that claimed Industry Minister Christopher Pyne had told Coalition MPs the government would not be taking a GST increase to the next election.

“Christopher Pyne denied those reports,” he said in response.

‘No proposal on GST’: Morrison