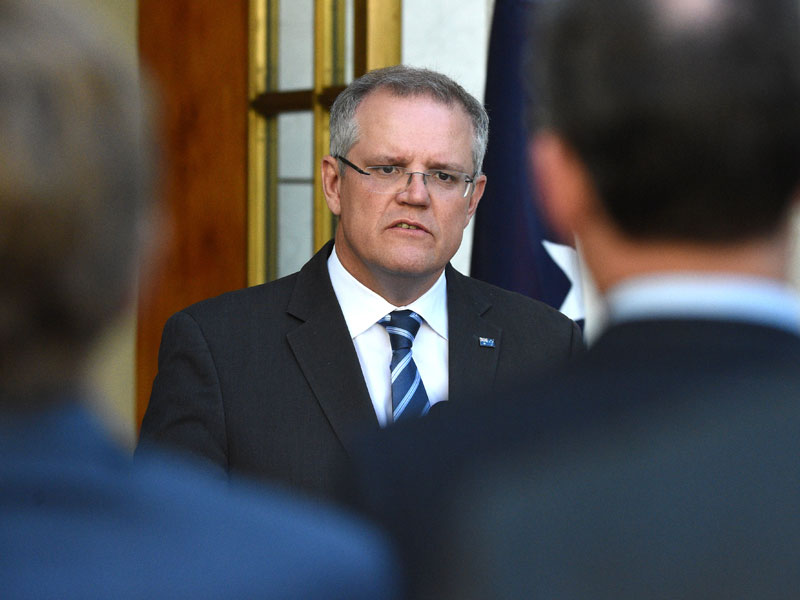 Consumer groups have hailed the Turnbull government’s adoption of most of the Murray Inquiry’s recommendations as a victory for households, but they are warning that banks could use some reforms to sting borrowers with more rate rises.

Westpac last week hiked interest rates on its range of variable rate mortgages by 0.2 per cent and cited higher capital costs imposed by the Australian Prudential Regulation Authority (APRA) as the main reason.

The new capital rules introduced by APRA mean that the major banks have to put aside an extra dollar on every $100 they lend to homebuyers.

The measure is intended to act as a safety valve for the financial system if banks experience a sharp increase in loan defaults.

In its response to the Murray Inquiry, the government has given APRA the green light to impose additional capital requirements on banks to protect the financial system against other shocks.

This means that banks might resort to increasing rates on home loans and other forms of borrowing to help pay for the extra capital that APRA requires them to hold in the future.

The government expects APRA at the end of next year to “take additional steps to ensure our banks have unquestionably strong capital ratios”.

CHOICE: Banks to pass on some costs to borrowers

While Federal Treasurer Scott Morrison on Monday tried to douse suggestions that APRA’s more onerous capital requirements will trigger rate rises outside of Reserve Bank decisions, the country’s leading consumer advocate is worried that they will.

CHOICE chief executive Alan Kirkland told The New Daily that he expected some banks might try to make consumers pay for higher capital requirements in light of Westpac’s controversial move.

“We probably will see some of the costs passed on to consumers,” Mr Kirkland said.

“But I think the negative reaction of the Treasurer to Westpac’s decision last week means that bank chief executives should think twice before slugging home borrowers with more increases.”

“The other major banks haven’t followed Westpac’s path and today [Tuesday], in fact, we’ve seen with some of the smaller banks they’ve been cutting rates,” he said.

“They’re not decisions that have been imposed on them by APRA or by the government.

“The banks will make their own calls and they can deal with their own customers.”

The problem with Mr Morrison’s argument is that the new capital rules on mortgages that APRA announced in July only applied to the four major banks – NAB, ANZ, Commonwealth and Westpac.

Small banks were unaffected by the changes.

Despite disagreeing with the government on the likely impact of bank capital changes, consumer groups gave the government a unanimous tick for accepting most of the Murray Inquiry’s recommendations.

The most immediate benefits are likely to be delivered to consumers in the form of lower credit card fees and surcharges.

The Reserve Bank is expected to announce details of a new fees regime that will regulate how much banks can charge merchants for processing credit card transactions.

It is expected that the costs levied on retailers will be slashed and these savings should be passed on to customers who use credit cards.

Merchants who continue to slug customers excessive surcharges will be subject to penalties under new laws that the government will introduce to parliament next year.

The reforms are also expected to deliver big savings to consumers who use debit cards to pay for purchases.

Gerard Brody, the chief executive of the Consumer Action Law Centre, said the government’s decision to boost the Australian Securities & Investments Commission’s (ASIC) powers was a milestone in financial services regulation because it would enable the regulator to act proactively to prevent future financial disasters.

The government will give ASIC arbitrary power to force financial services providers to amend or remove ‘bad’ products before they can do harm to consumers.

“A product intervention power will enable ASIC to amend or ban harmful financial products where there is risk of significant consumer detriment,” Mr Brody said.

“ASIC will be able to respond quickly when consumers are at risk, and intervene before harm has occurred.”

The government will introduce tougher laws to regulate the entry requirements of financial advisers.

Planners will now require a university degree and have to undergo at least a year of industry training before they are allowed to advise investors.

The financial advice debacle at Commonwealth Bank has also persuaded the government to commission ASIC to review remuneration practices in the mortgage broking and stockbroking industries.

Mr Kirkland said the Turnbull government’s response to the Murray Inquiry demonstrated a big shift in the government’s attitude to the advice industry.

“Twelve months ago we had a Prime Minister who was trying to make it easier for advisers to collect commissions,” he said.

“Now, we have clear recognition from the government that remuneration practices need to be cleaned up.”