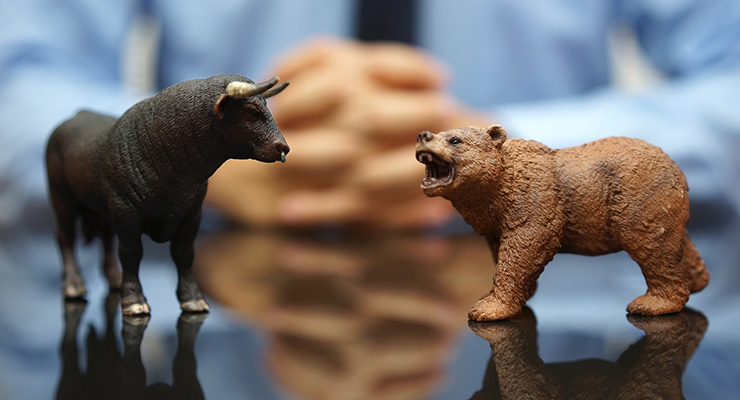 The local stock exchange was crushed on Tuesday over fears about China, capping a six month period which has seen $200 billion wiped from Australian companies.

The rout, which stripped nearly $56 billion from shares in a single day, pushed the market into territory not seen since the 2008 global financial crisis.

The Australian dollar was also hit by the commodities rout, falling to 69.5 US cents.

The big driver of the sell-off was investor concern over the direction of the Chinese economy after new government data showed the nation’s steel and energy sectors were struggling.

• 10 ways to save on your grocery shop
• Online shoppers: prices are about to double
• The hidden bank fees you are paying

Nervous Asian investors responded by savaging Australian resources stocks, including ASX mainstays such as Rio Tinto, Woodside and BHP, which was trading at $32 in November last year but now sits at $21.61.

The S&P/ASX 200 plummeted to its lowest closing level in more than two years, shedding 3.8 per cent to settle at 4,918 points. The market has not closed touched that level since 10 July 2013.

While the carnage was felt across all sectors of the market, big-name mining companies accounted for most of the losses. Here’s a roll-call of the biggest stock declines for the day.

On the cusp of a bear market

The Australian stockmarket has lost more than $200 billion since it peaked near 6000 points in April this year. That means it has fallen 17 per cent in five months and is on course to meet the technical definition of a bear market, which is a decline of 20 per cent.

Falls of this magnitude usually indicate that investors are pessimistic about the global economic outlook and the prospects for companies to increase profits.

Local stockbrokers and fund managers were last night refusing to comment on whether the bear market had already arrived, but most conceded that the economic news emanating from China was worrying.

Leading economist Stephen Koukoulas said the recent plunges in global stock markets were linked to the prospect of rising interest rates in the United States.

“Investors are coming to the realization that we’re near the end of an era of easing monetary policy,” he said. “The recent sharp falls in equity markets reflect their response to that prospect.”

While Mr Koukoulas said the Australian and global economies faced significant headwinds in coming months, he still believed that growth was likely to improve in 2016.

Perhaps the most revealing aspect of the latest Chinese economic data was the disclosure that the profitability of the country’s iron and steel industry has halved in the last 12 months.

The deteriorating financial health of Chinese steelmakers occurred during a period that international spot prices for iron ore fell by 60 per cent.

Making steel in China is now cheaper than it has been for more than a decade, but steelmakers are stretched to make it a profitable activity.

The problem for the Chinese steel industry seems to be that domestic and international demand for its products is falling.

Clearly, this does not augur well for a turnaround in iron ore prices in the next few years. Global investors are now marking down the shares of BHP Billiton and other local iron ore miners on a belief that iron ore prices will fall further. China fears wipe over $50 billion from the ASX