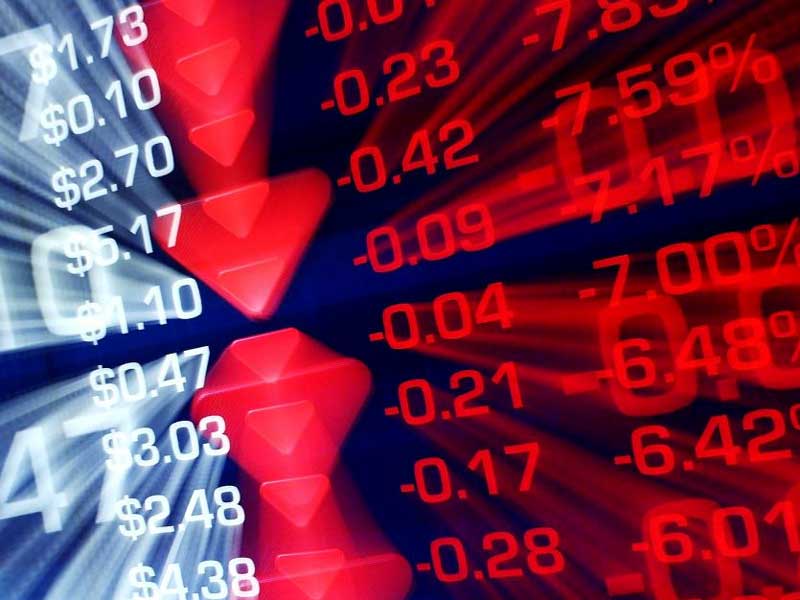 The Australian share market has lost $56 billion in value, as a share price crash for global commodities giant Glencore raised fears about companies across the sector.

Despite carnage for local mining and energy stocks, nothing in Australia matched Glencore’s near 30 per cent plunge in London overnight and a matching slump in Hong Kong today.

Fears about the heavily indebted Glencore’s ability to survive caused the rout in its share price and a surge in the cost of insuring its debt, leading many analysts to question whether this might be the commodity sector’s Lehman Brothers moment.

Stockbroker Marcus Padley said the market scare on Glencore was based on an analyst report out overnight.

“If current commodity prices continue, in other words there’s no bounce from here, then they’ve effectively said Glencore and Anglo American have no value,” he told the ABC’s The World Today program.

“Every analyst will be going through Australian companies working out how much debt they have, much like everybody was looking for who’s in debt during the global financial crisis.”

IG market strategist Evan Lucas said Glencore may have as much as $US50 billion in debt, and markets seem to have twigged to the implications of that last night.

“It’s all stoked fears about: a) China; b) around the future of commodities; and, c) what does that mean about the future of those who do have a high level of debt on their balance sheet going forward into the uncertain future,” he told ABC News.

Glencore owns coal, zinc and copper mines in Queensland and New South Wales, and a nickel project in Western Australia.

Mr Lucas said Glencore may have to sell coal mines in Australia if commodity prices continue to fall.

“There is certainly a lot of theory and a lot of rumour out there that they are particularly one of the assets they are looking at selling out of,” he said.

“High cost, lower prices certainly does not put those assets in a very good light and, also, whether they can find a buyer quickly is the very next question.”

Glencore backed up its London slump with a 28 per cent fall for the company’s Hong Kong-listed shares, leading the Hang Seng index more than 3 per cent lower.

The Australian dollar was also hit by the commodities rout, falling to 69.5 US cents.

Dismal day on markets leads to talk of GFC