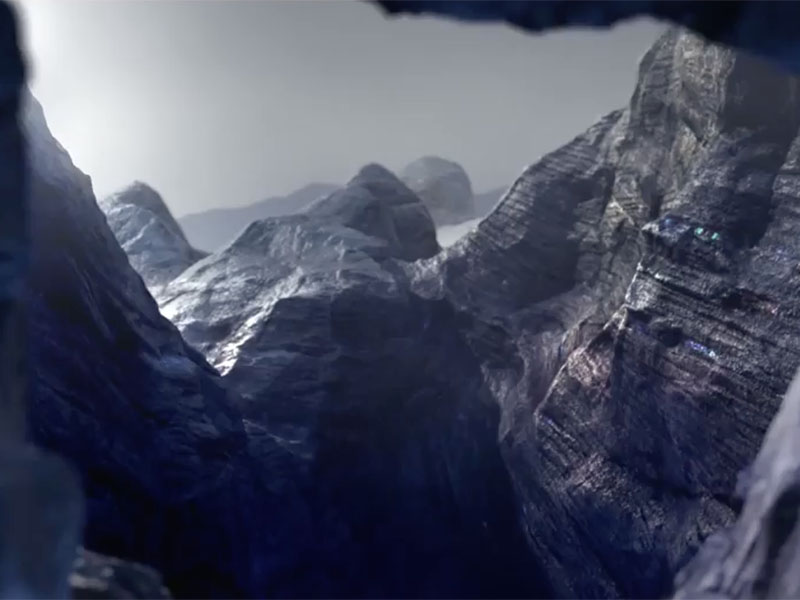 The Australian coal industry attracted a barrage of ridicule on social media on Monday after it launched its ‘little black rock’ campaign.

The campaign, sponsored by the Minerals Council of Australia, attempts to emphasise coal’s positive qualities, but comes across more like a satire than a promotion.

The Twitter response was massive and almost exclusively negative.

• How big coal is plotting to win your heart
• Coal mining must end: Climate Council
• Time for sceptics to face facts on climate change

Likewise, on YouTube the reaction to the TV advertisement was so overwhelmingly negative the Minerals Council had to disable comments. Still, as of 10.45pm on Monday, the video had garnered 1139 thumbs down, compared to just 23 thumbs up.

The ad uses computer generated images of a wondrous, mountainous coal landscape, dotted with magical, multicoloured sparkles, accompanied by a wistful voiceover that informs the viewer: “This can provide endless possibilities.”

It goes on: “It can create light and jobs, delivering $6 billion in wages for Australians. It produces steel, and powers our homes as well as our economy, injecting $40 billion each year.

“And it can now reduce its emissions by up to 40 per cent. It’s coal. Isn’t it amazing what this little black rock can do?”

In launching the campaign, the Minerals Council was following through with its promise made earlier this year to fight for the hearts and minds of Australians.

“Those who are ideologically opposed to what we do spray their messages far and wide, and it does affect people who perhaps don’t have the facts.”

Well, now the Minerals Council has provided Australians with the facts – albeit exclusively the positive facts – here.

But if the Twitter-sphere is anything to go by, the ad has backfired spectacularly, only further miring the industry in controversy. In fact, the ad was so absurd it led one Twitter user – journalist Jenna Price – to question whether it was a hoax.

Seriously. Do these people have comms advisors? Or is this a hoax? It’s a hoax, right? #coalisamazing

Here are some of the tweets it elicited.

“Research tells us the name Coal is no longer attractive to younger consumers. We are going to now call it, iCarbon” #coalisamazing — Slippery Seal (@slipperyseal) September 7, 2015

While the vast majority of tweets with the hashtag #coalisamazing ridiculed the new ad, a handful took the side of the coal industry. ‘Truth Seeker’ was tweeting prolifically in favour of coal:

The only ones finding #Coalisamazing hilarious are the Extreme Greens. They must be worried . YES!! Facts & Truth win!

Big coal’s initial arguments – that coal provides power and jobs – ignore the main objection to coal: it is the number one cause of global warming.

One argument used by the Mineral Council that has some bearing on climate change is that through improved power plant technology, emissions could be reduced by 40 per cent.

That would mean building new plants from scratch.

Another argument addressing carbon emissions is the ‘carbon capture and storage’ argument.

The website argues that CCS can store carbon emissions “deep underground in geological formations where the CO2can be safely and naturally stored”, and thereby reduce emissions by 90 per cent.

While CCS could reduce emissions, it is extremely expensive, and as yet very few CCS facilities exist.

According to The Australia Institute’s Roderick Campbell, there are only 13 functioning CCS facilities in the world.

He believes there was a window for the development of the technology, but the coal industry missed it, and now cleaner alternatives are cheaper, and make the technology unviable.

“It’s too little too late for them on that front,” said Mr Campbell.

The Climate Council’s Will Steffen, meanwhile, described CCS as “an extremely expensive technology and lagging well behind [renewables] in technology”.

Banks have grown much less enthusiastic about coal in recent months, with CommBank, NAB and Standard Chartered all pulling out of the Carmichael coal project in Queensland. Many institutional investors – such as Australian super funds Local Government Super and HESTA – have also divested from coal companies.

The price of coal also continues to plummet.

In other words, the coal industry is facing major problems. And judging by the social media reaction, it doesn’t look like its latest attempt to save itself has done much good.