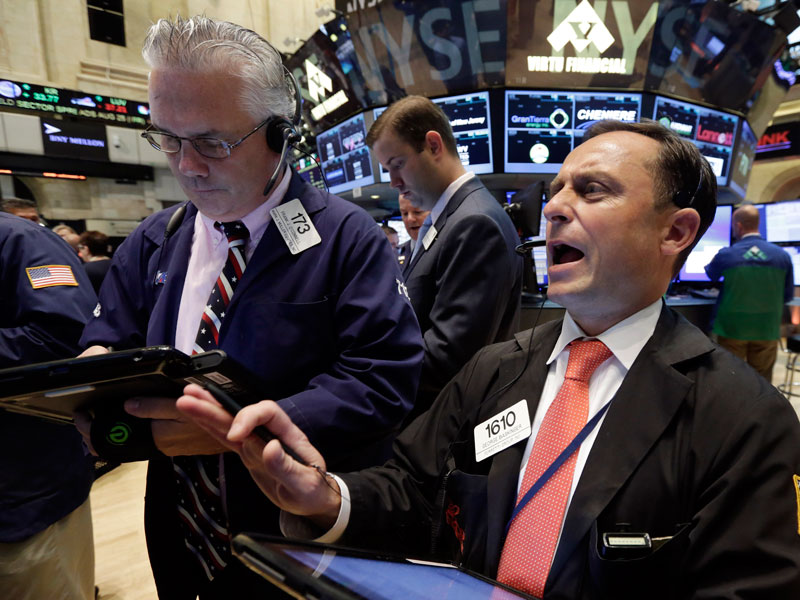 Chinese currency adjustments have continued to ripple through the international market, with US equities continuing to fall while European stocks appear to be recovering.

US equity markets stayed high for most of the day, but faded significantly in the last hour of trade, finishing lower for the sixth straight session on Tuesday — down 1.29 per cent.

Chinese stocks experienced their sharpest drop in almost two decades on Tuesday, finishing the day below the 3000-point mark for the first time this year.

“I can’t predict where the market will be tomorrow or next week, it’s going to be volatile for sure.

“But I would hope that two or three months out, the market will have stabilised.”

The declines were sparked by Shanghai’s move to devalue the yuan earlier this month, a currency usually tightly controlled by the People’s Bank of China.

The People’s Bank of China boosted market sentiment in the West on Tuesday by reducing lending and deposit interest rates by 0.25 percentage points each and its reserve requirement ratio by 0.50 percentage points, Sky News reported.

But it was a more positive story for the European economies.

After taking a strong hit on Monday, some stocks are recovering.

London’s FTSE closed at 6081.34 points, a 3.09 per cent rise for the day, while Eurostoxx jumped more than four per cent, after falling 5.3 per cent yesterday.

“It is not weakness in China that is driving the global sell-off. It is the fact that the US share market has run without a correction since the first quarter of 2012. That’s a very long period for the US market to go along without a breather,” he said.

“It is too early to say we are out of the woods. We might see a significant rally and a further significant sell-off.

“But, at the very least, we have seen a circuit breaker in that sour sentiment, and that should see markets in this region stabilise.”

In commodity prices, Brent crude in London finished up at $US42.87 a barrel and West Texas crude at $US39.10 a barrel.