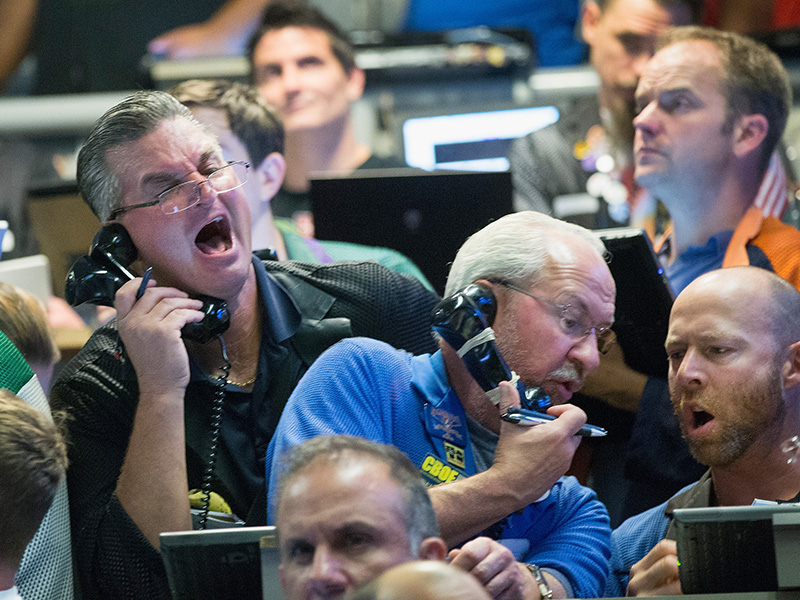 Many foreign markets have paid out record dividends this year. Photo: Getty

Monday’s share market excitement was probably the most dramatic and uniform tumble since the dark days of the global financial crisis.

China’s Shanghai Composite Index led the way, losing 8.5 per cent of its value. That’s the biggest fall since before the GFC.

Australia’s ASX 200 also saw its biggest one-day fall of 4.1 per cent since the GFC.

The rest of the world’s major stock exchanges all had shockers, with any gains for the year pretty much wiped out in one go.

Though there have been worse corrections since 2008, it was the dramatic global synchronisation that made it all seem so ominous, and led many to start talking about the beginning of another global financial crisis.

As The Economist put it in its explainer: “It now looks very worrying indeed.”

Is it really that bad?

The losses for the year look bad enough on their own. But when you compare them to other tumbles over the past 20 years, things look even worse.

The two big crashes over the past 20 years have been the dot-com bubble of 2000, and the global financial crisis of 2008. While Monday’s carnage is small in comparison, these graphs show it is comparable. If share markets lose as much again over the next few weeks, it will start to look similar. So, will the losses continue?

Prime Minister Tony Abbott doesn’t make a habit of commenting on financial matters, but on Tuesday his take on the whole thing reflected the general market consensus.

He advised investors not to “hyperventilate”, adding: “It is not unusual to see bubbles burst in particular markets and for there to be some flow-on effect in other stock markets, but the fundamentals are sound.”

Mr Abbott said he came to that view after a briefing with the Reserve Bank and talking to his Treasurer.

“Finally today we saw fundamentals kick in,” he said.

“We’re not dealing with systemic issues. This is an old-fashioned correction.”

Whether the PM and Mr Piotrowski are right remains to be seen, but judging by Tuesday’s share market performance, Australian traders certainly seem to think they are.

However, Chinese and Japanese investors continued to sell. An hour before close, the Shanghai Composite had lost another eight per cent, while Japan’s Nikkei 500 was down almost three per cent.

At the moment, the general consensus among economists and commentators is that this is a correction, not a crash. Stocks have been overpriced, and now they are closer to their true value. It may be painful to see a big chunk of your wealth vanish; but if it was imaginary wealth, then it’s only to be expected.

The dot-com crash had a clear cause: wildly overvalued new internet companies. So did the GFC: insanely loose mortgage lending practices, and the repackaging and re-selling of that dodgy debt to other banks and investors around the world.

This correction, however, does not appear to have as obvious or concerning a cause. Rather, it just seems to be based on over-confidence in the growth of the companies that make up the markets.

Hopefully there isn’t something else lurking underneath that we don’t know about. But only time will tell.