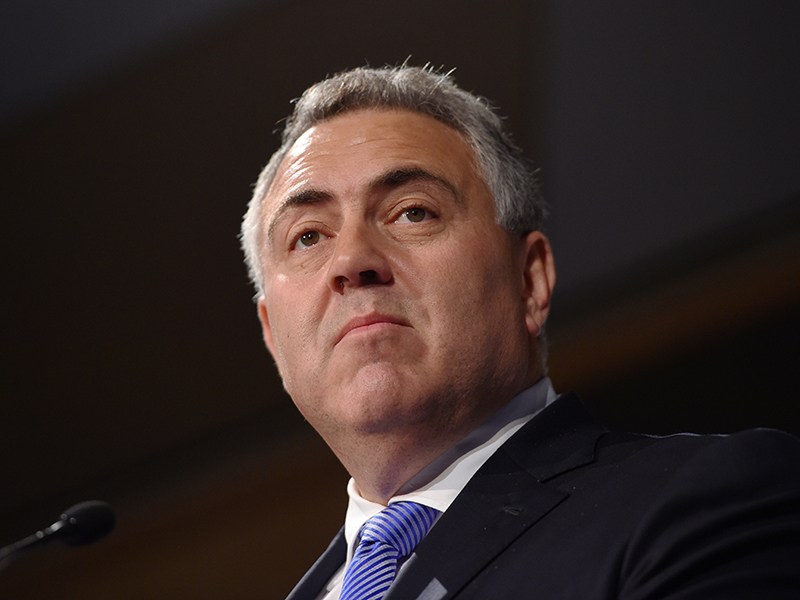 Treasurer Joe Hockey has announced he intends to slash income tax, in a move that could end up saving many Australians thousands of dollars.

However, he gave no detail at all of how the tax cuts would work, or how the lost revenue would be replaced, leading some commentators to dismiss the announcement as an empty pre-election promise.

In a speech on Monday, the Treasurer said bracket creep is unfair to middle- and lower-income earners and that Australian income tax in general is too high.

“Our existing taxation system is increasingly reducing the incentive for many Australians to work harder, earn more, invest and, in the end, give our families greater financial security,” Mr Hockey said.

“Bracket creep occurs when people are pushed up into higher tax brackets as a result of inflation and rising wages,” he said.

“If people are left in those higher tax brackets, this can lead to negative financial and economic outcomes, for individuals and the nation.

“The incentive for hard work is blunted – and inflation means that without a real wage rise, people pay a higher and higher average tax rate each year.”

Mr Hockey’s lack of detail led some commentators to savage the Treasurer for his reluctance to design concrete policy.

“To actually start forcing a conversation around just personal income tax says to me that we’re in a downhill slide to an election and that’s not good for Australia, we need to make some tough decisions,” he said.

“To defer and distract again in relation to tax and tell us what we already knew at a five-star hotel in Sydney is not my idea of leadership.”

He added: “If it wasn’t so tragic it would be funny.”

“While there is a good case for doing something about the likelihood, the certainty, that people will be pushed into the second top tax bracket who shouldn’t be there, there is also a compelling case … for other reforms to the tax system that will help keep the budget on a sustainable footing, as there is also a case, of course, for continued restraint in government spending,” he said.

He told the ABC that any such tax cuts would have to be combined with a decrease in tax concessions on superannuation, negative gearing and capital gains, all of which Mr Hockey has ruled out.

How much you could save

Judging by Monday’s speech, bracket creep is at the top of Mr Hockey’s reform agenda. As he gave no detail, we can only guess at how he plans to change the thresholds.

But the most logical way of doing it would be to peg the various tax brackets to wage and salary increases. So if wages went up by three per cent, so would the tax bracket.

At the moment, the annual wage growth stands at 2.3 per cent. If Mr Hockey changed the rules so that tax brackets also increased by 2.3 per cent every year – rather than staying the same – then many Australians would save thousands of dollars over the next 10 years.

We took three incomes and tested how much they would save in such a scenario. The results were substantial. As well as failing to explain how the tax cuts would work, Mr Hockey did not disclose how he planned to make up for the huge loss in revenue. However, he hinted that his preferred method was through spending cuts.

“As we illustrated in our last Budget where we delivered $5 billion of tax cuts for small business, if you’re careful with money, if you make very careful decisions about other tax initiatives, then you can get the balance right and deliver tax cuts – particularly for those on lower and middle incomes,” he told journalists following the speech.

He ruled out other methods for making up for the difference, such as reducing super tax concessions for the wealthy.

“Now is not the time to hit [retirees] with a new tax,” the Treasurer told Sky News.

If spending cuts fail – which given the response to Mr Hockey’s first budget is likely – that would leave him with two options: broaden and increase the GST, or fuel government spending by issuing more debt. Hockey’s mysterious tax cuts: here’s how much you could save