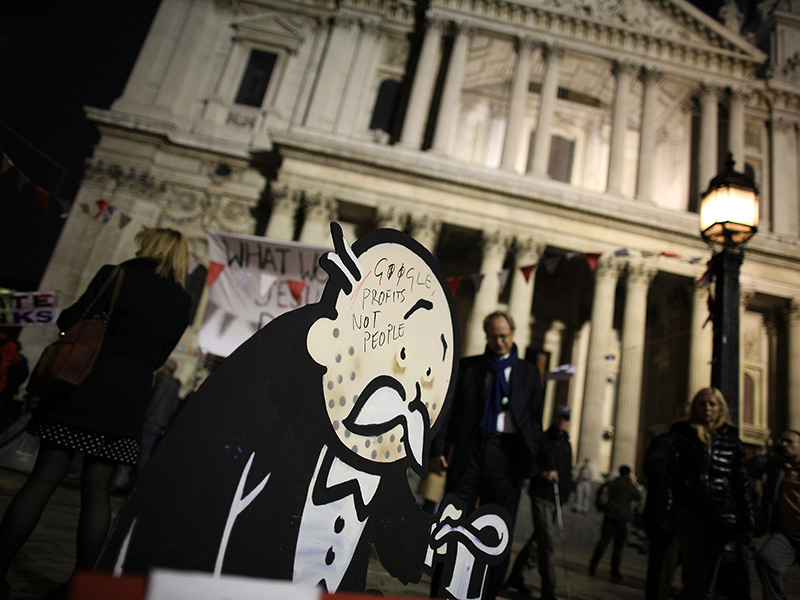 Prosperity is a wonderful thing for politicians, because in good times they can get away with an awful lot. Voters are more forgiving when there’s champagne flowing, as it has been in Australia for most of the past 23 years.

However, when an economy turns, as ours is currently doing, anxiety in the electorate has to be dealt with by politicians – either through sound, sober economic policy or, well, by making stuff up.

So which will we get in the years ahead? There are warning signs at home and abroad that all voters should heed.

Before coming to domestic policy, first let’s consider a warning from the UK.

Old Blighty is currently in uproar over the rise and rise of left-wing Labour Party leadership contender Jeremy Corbyn.

A suite of policies he has developed with economist Richard Murphy have been widely jeered – by Conservatives and non-leftist Labourites – as being a throw-back to pre-Thatcher socialist thinking.

There’s the selective re-nationalisation of industries, ‘quantitative easing for the people’, a financial transactions tax and much more.

So what’s wrong with that? Well whatever one’s view of Thatcherism in the UK, the stagnant economy Maggie Thatcher inherited from Labour in 1979 was a disaster – inefficient nationalised industries, productivity-crushing industrial relations, protectionism and a fusty, old-world financial system.

Blast from the past

It would be wrong to give blanket disapproval to all of Corbyn’s policies, but some of them look to be dangerous throwbacks indeed.

For instance, his policy to force businesses and individuals to pay the amount of tax they ‘should’ pay, rather than what they get away with paying through various legal and non-legal loopholes sounds, at face value, very fair.

It would also be an economic disaster, pushing the UK’s tax-to-GDP ratio from around 40 per cent to well around 55 per cent, smothering a lot of private sector employment in the process.

My point here is not to examine the Corbyn doctrine point-by-point, but rather to pose the question: why are such radical proposals propelling Corbyn into the front-runner position for the Labour leadership?

The answer is complex, but in a simplified form it is the same sentiment that drove the ‘Occupy’ movement in 2011.

That movement’s slogan, “we are the 99 per cent” expresses the belief that the other 1 per cent – the Wall Street and City of London financiers – stuffed everything up and yet escaped with their own wealth intact.

That sentiment is so strong that many Brits would rather see even Corbyn’s shonkiest policies experimented with rather than keep handing power to a manipulative, wealthy elite.

The problem with that view, of course, is that shonky economic policies don’t work either.

In punishing the duplicitous elite, everyday Brits could end up hurting their own standard of living even more. We shall see.

But let’s now apply that filter to Australia. The problem here is increasingly being described as an ‘intergenerational war’, rather than a “99 per cent vs 1 per cent” class struggle.

You don’t have to speak to many 20-somethings to understand how disenfranchised they feel on a range of issues.

While some of these are not primarily economic – such as marriage equality, indigenous recognition, and human rights in the detention system – plenty are.

The most common refrain is “I’ll never buy a house”.

The older generation (and at 44 I’ll include myself in that group) is kidding itself if it thinks young Australians can use the same financial products, the same tax breaks, and the same asset classes to build wealth as they did.

That’s because between the early-1980s and the early GFC period (around 2008), the globalisation and liberalisation of western democracies fuelled a three-decades-long, credit-driven bull market that made older Australians wealthy. “It creeps up on you,” one baby-boomer told me a few years ago.

Only it’s not going to creep up on these 20-somethings. That bull run is well and truly over.

More importantly, through those good years, governments of both sides of politics skewed the tax system to reward the generations of Aussies whose votes they were chasing.

In saying that, I’m not asserting that householders have done anything wrong. Rather, the pollies have successively tempted us into an ever-more unbalanced economy.

Young Joe Schmuck might pay all his taxes, but the wealthier (and therefore usually older) a tax-payer is, the more tax lurks are on the table – particularly the negative gearing of unprofitable housing investments, capital gains tax concessions on housing, and the huge tax refunds available by churning income through one’s super account close to retirement.

The mums and dads who, at their accountant’s urgings, have done this have done nothing wrong. And yet … and yet we now have a younger generation enslaved to the top-heavy age/wealth structure.

So should we find a Jeremy Corbyn to sort all this out?

Well that question is irrelevant. A growing number of disenfranchised Australians will gravitate to more extreme policy offerings if the major parties try to keep these ‘wealth’ rackets going.

They are, in the end, not ‘wealth’ rackets at all – they are wealth redistribution rackets.

If the major parties allow these policies to endure, a Corbyn-type figure will rise and promise just about anything to tap that rich vein of political dissent.

If that happens, the nation as a whole will suffer.