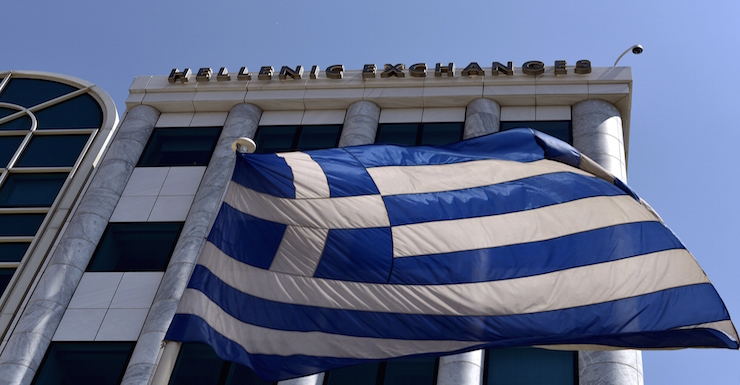 Greece’s stock market plummeted almost 23 per cent at the open on Monday, after a five week shut down implemented due to fears the country would be booted from the eurozone.

Athens’ main stock index ended down 16.2 per cent after an initial drop that was bigger than any one-day loss ever seen on the bourse.

Greece’s previous worse drop was a 15.03 per cent dip in 1987. The grim conditions come in the midst of calls for early elections and a still deteriorating economic climate.

Banking shares, which make up about 20 per cent of the Greece index, were particularly hard hit.

National Bank of Greece, the country’s largest commercial bank, was down 30 per cent, the daily volatility limit.

The overall banking index was also down to its 30 per cent limit.

Banks in Greece have witnessed deposits sharply deplete as citizens withdraw their euros in fear they’d be forcibly converted to a new drachma outside the eurozone.

The banks have been propped up by emergency money from the European Central Bank.

“Bank shares look like they have more room to slide on Tuesday before bids emerge,” said one fund manager, who declined to be named.

“It will take a few days for the market to balance out.”

Trading on the Athens bourse was suspended in late June as part of capital controls imposed to stem a debilitating outflow of euros that threatened to collapse Greece’s banks and hurl the indebted country out of the eurozone.

Since then, Athens has agreed on a framework bailout plan with its European Union partners in exchange for stringent reforms and budget austerity.

As Greece’s negotiations with creditors drag on, the nation’s lenders agreed on Monday that new pension reforms would not hurt those eligible for retirement by the end of June, labour ministry officials said.

Athens has committed to ambitious pension reforms – like ditching early retirement and lifting the retirement age, by the end of October.