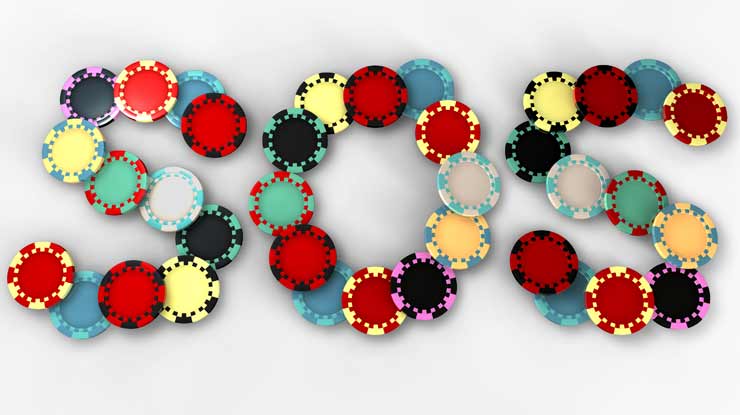 Former Treasury Secretary Martin Parkinson is right to criticise both the Abbott government and Labor opposition for standing in the way of sensible economic reform, but it’s not only the politicians who need to change.

Mr Parkinson told a Canberra audience on Monday that both major parties were wrong to play politics with such fundamental policy areas as tax and welfare spending reforms.

While that’s true, the populist strategies of the major parties do not exist in a vacuum. Journalists and media commentators create the myths and confected outrage that scares politicians away from urgently needed reform.

• The real crisis to worry about
• Property investors: why you should go regional
• House prices to fall ‘next year’

‘Fairness’ was the factor Parkinson identified as the problem – when a slower rate of pension increase is proposed, for instance, it’s unfair; when negative gearing or superannuation tax concessions are discussed, any change would be unfair.

And it is in the media that the howls of outrage become headlines.

The journalists who write those stories can claim to be serving their audiences in the short-term, but by assisting politicians to avoid serious reforms, they are harming the audience’s interests in the long term.

The last federal government ‘carbon tax’ debate is case in point. Not only did journalists happily start calling a cap-and-trade policy a ‘tax’, but en masse they convinced voters that the Abbott opposition’s “$550 per year” hit to families was all cost, and no benefit.

Australia will have to participate in the global climate agreements due to be set in Paris in December of this year, and economists know that a market-based solution is the lowest-cost way to transition the economy away from polluting power sources.

But during that period many journalists either did not understand the economics of the policy, or were co-opted by political or commercial interests to unravel a much-needed reform.

We must learn from that dreadful period before other serious reforms are pushed off the agenda.

Mr Parkinson knows better than most that the economy is in a period of upheaval. The old ‘houses and holes’ formula that made Australians rich over the past 15 years is broken, but the media is slow to emphasise that fact.

We have become so used to cheering on house price growth way ahead of wages growth, share market growth ahead of dividend growth, and government spending ahead of tax receipts growth, that to suggest these growth rates must come back into kilter in the years ahead sounds perverse.

The real perversion, however, is coverage that makes the economy sound like a magic casino in which everyone gambles, and everyone wins.

As economics commentator David Llewellyn-Smith put it this week, “we derive income from commodity exports, then leverage that offshore via our banks to pump house prices and make ourselves feel rich”.

That all sounds like terrible news, but even worse news for Australia will follow if the nation’s media can’t sound the alarm as fully and loudly as Mr Parkinson is attempting to do.

Continuing to celebrate house-price growth, as Treasurer Joe Hockey did a few weeks back, is directly at odds with sensible economic reform.

Yes, Mr Hockey got a pasting for his comments on housing affordability, but Joe-bashing looks more like sport than serious debate.

An informed media, rather than blame Chinese buyers for housing affordability problems, must explain why the ‘winners’ using negative gearing and capital gains tax concessions to become wealthy are doing so at the expense of millions of ‘losers’ – the next generation.

An informed media has to explain that indexing pensions more slowly than in the past may be necessary if we’re ever to balance the budget – remembering that even the Abbott government’s now-abandoned indexation regime would still have seen pensioners better off in real terms year after year.

And an informed media needs to keep reminding audiences that the money-laundering system known as ‘super tax concessions’ will soon be a bigger cost to the budget than pension payments.

These are difficult stories to tell, but newspapers who tell punters what they think they’d like to hear are already losing the trust of audiences.

The latest Essential Media research shows the percentages of people who trust newspapers “a lot or some” has fallen virtually across the board.

Fairfax’s Sydney Morning Herald is trusted by 70 per cent today, whereas in 2011 that was 74 per cent. The Age in Melbourne has taken a bigger tumble, from 76 to 66 per cent.

Mr Parkinson is right to chastise the pollies, but he should widen that criticism to a national media that is perpetuating fairytale economics at a time when global structural forces are rolling in like thunderclouds.

The Australian economy can retrain, retool, reinvest and prosper in a dramatically different global economy in the years ahead.

But to get there journalists will have to accept former Prime Minister Julia Gillard’s famous injunction to journalists at the National Press Club: “Don’t write crap. It can’t be that hard.”

We need to hear the truth about Casino Australia