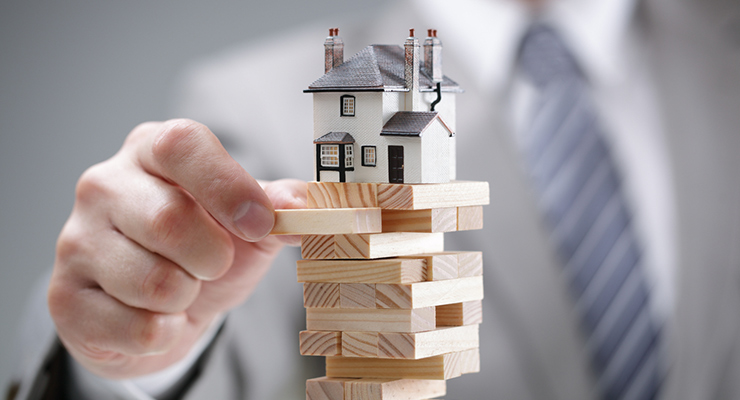 Are we on the brink of an extended bond market sell-off that will send borrowing costs soaring around the world? The RBA has given its answer to this question, and in essence it’s ‘no’.

Some market commentators have been sounding the alarm over a sharp increase in long-term bond yields, which means that global investors are getting bolder about offloading ‘safe’ bonds to invest in more profitable asset classes.

Ten-year German government bonds led that charge. As investors sold them off, the implied yields surged from around 0.05 per cent in April to one per cent last week.

• Why the housing credit fantasy can’t last forever
• How big coal is plotting to win your heart
• Super: the easy way to become a millionaire

To some, that was the first inkling of inflation returning to US and European markets, which could force the US Federal Reserve to start tightening money supply as soon as September.

But is that view justified? Renewed fears of Greece defaulting on its massive debts have made global markets edgy in the past few days, so that 10-year German rate has fallen back to around 0.8 per cent (as investors opt for the safety of holding such bonds, the price rises and the implied yield falls).

What traders have to now decide is whether Greece has only caused a short-term pause in the great bond sell-off, or whether that great sell-off is a myth and bonds are now priced roughly where they should be for a weak global economy.

The RBA was pretty clear about this in the minutes to its June 2 monetary policy meeting, at which it decided to maintain the Australian cash rate at the record low rate of two per cent.

It noted: “A sharp rise in 10-year bond yields was the main development across the major financial markets over the past month … The rise in yields was viewed primarily as a correction from unduly low levels, rather than a reaction to economic developments, and the sell-off only returned yields to their still low levels of late last year.”

If the RBA is right about that, it will continue to have to work with an Australian economy in which the currency is too high – currently 77.5 US cents – and domestic interest rates are too low.

Bank of America Merrill Lynch chief economist Saul Eslake told this column this week that the RBA would much prefer to live in a world in which rates abroad were higher, because that would make the Australian dollar less desirable and allow it to fall further.

That would have the two-fold effect of making trade-exposed industries more competitive, and allowing the RBA to move rates off their emergency setting of two per cent and back to healthier levels above three per cent.

Why would that be healthier?

For starters it would take some heat out of the property market, where house prices are still rising sharply despite rental vacancy rates continuing to creep up.

Figures released this week by property research group SQM Research show rental vacancy rates higher in all capital cities except Canberra, Sydney and Darwin, yet notion of a ‘housing shortage’ continues to encourage investors to bid house prices even higher – and all at record low mortgage rates.

A second reason higher rates are desirable for the RBA is that at the current cash rate, monetary policy is all but useless in stimulating the economy – if businesses won’t borrow to invest when the cash rate is 2.0 per cent, neither are they likely to borrow when it’s 25 basis points lower.

So what the RBA would like is a much lower dollar, and higher interest rates abroad to allow it to run more normal monetary policy here.

But until the Federal Reserve raises interest rates, or until a genuine move out of government and corporate bonds pushes borrowing costs up globally, the RBA just has to follow along and keep rates very low for a very long time.

That is exactly what the RBA’s comments suggest will happen.

But then what if RBA governor Glenn Stevens and his colleagues are wrong and there is a shift out of ‘safe’ bonds and back into other asset classes?

In that scenario the cost of borrowing would increase around the world, and Australia would not be immune – a third of our banks’ funding is sourced on wholesale money markets, and the government continues to borrow heavily at rates determined by global markets.

If the RBA has misjudged the new appetite for risk in the global economy, its current view that “the stance of monetary policy should be accommodative” might have to be revised quite rapidly.

It might seem crazy to even discuss tighter monetary policy when Australia’s jobs and wages growth rates are so weak.

However, global forces are at work that nobody can accurately call. The RBA has given its verdict, for now, which includes the possibility of another interest rate cut in the near term.

But nobody should forget that the post-GFC era has been a giant experiment with loose monetary policy, and record low borrowing rates.

That experiment cannot go on forever. Despite the rather sanguine comments it released this week, the RBA will be watching those global developments very closely indeed.

Here’s why cheap loans are under threat