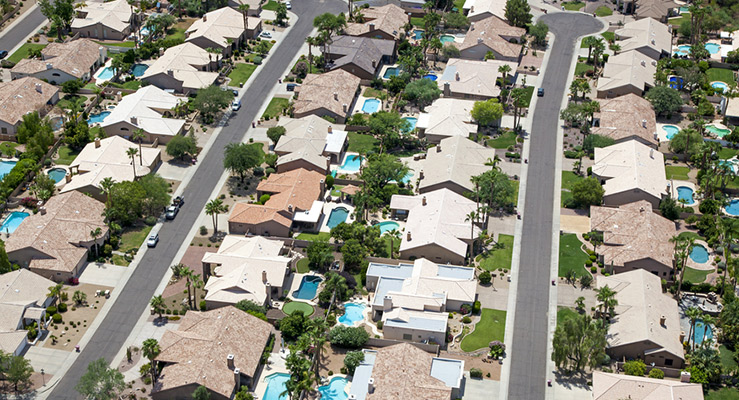 Telling young Australians there has “never been a better time” to borrow to purchase a house, as Treasurer Joe Hockey did this week, is problematic.

Both Mr Hockey and Prime Minister Tony Abbott have tried to spin record low interest rates as a boon for young Australians, by repeating the carefully polished line that “low and stable interest rates” are just what’s needed.

• Why the housing credit fantasy can’t last forever
• Fall in the jobless rate shocks economists
• Who are you calling lazy, Mr Hockey?

But while Mr Abbott and Mr Hockey extol the virtues of signing up for record levels of debt to get into the housing market, treasury secretary John Fraser and RBA governor Glenn Stevens have been pressing the panic button – first discreetly behind closed doors, but in recent days much more publicly.

The economists know, and are trying to tell the politicians, that we are at a turning point both in the global economy and at home.

Mr Stevens has long been criticised for remaining tight-lipped about the property buying frenzies in Sydney and Melbourne. But his lips are tight no longer. He has joined Mr Fraser in calling the property bubble what it is – “crazy”.

As explained previously, the notion of a year-on-year capital gains in the housing market well above the CPI and wage growth rates, relies on what some call the “bigger fool” principle.

In the housing market, I can happily sign up for a home that sucks up 45 per cent of my monthly pay packet if I am sure that next year, a bigger fool will pay an amount that consumes 50 per cent of their income. And they’re relying on next year’s crop raising that to 55 per cent. It has worked for so long that it’s seen as an immutable law.

That would be bad enough in normal times, but in an era of record low interest rates the very last generation of over-bidders could get their fingers very badly burned when rates inevitably rise.

That might seem a long way off, given how flat the economy is at present, so most people are confident rates will stay very low, for a very long time – indeed Mr Stevens hinted on Wednesday that he’s eyeing another rate cut soon.

The problem is that all of that assumes a fairly stable outlook for global financial and currency markets.

And the bad news is that a new wave of instability is already on its way, with tremors of increasing magnitude being felt in the bond markets.

Bonds are tricky things – financial securities that are actually just a fixed-term loan from the holder of the bond to the issuer of the bond.

The great thing about issuing bonds is that once they’re out there, you know what you have to pay for your money – when the bond is redeemed at a set date in the future, you pay a yield based on the price the original buyer of that bond paid (many bonds spread that yield across the years as ‘coupon’ payments).

For instance, a two-year bond that has a redemption value of $100, might be purchased originally for $93 – the buyer calculating that their yield is roughly four per cent per year.

Bonds are then bought and sold on secondary markets, and the yield changes for each successive buyer based on the price they have paid.

Importantly, though, the effective interest rate or cost of the loan to the issuer of the bond stays the same.

When the Coalition government blew out the federal budget deficit in 2014, Treasurer Hockey was well aware that the government bonds required to cover that debt were issued at extremely attractive prices – that is, at yields of around 2.4 per cent a year over 10 years.

That’s cheap, cheap money, and he was wise to bulk up when he did.

However, around the world we are now seeing government bond yields spiking higher.

That means previously risk-averse investors are seeing higher yields elsewhere and are not so keen to bid up the price of government bonds. The net effect is that the cost for governments to borrow and spend will rise sharply.

These tremors are turning traders’ eyes increasingly towards the US Federal Reserve, which is expected to start lifting interest rates above their current near-zero level soon.

Some are forecasting the tightening cycle to begin in September and to get back to ‘normal’ rates of two to three per cent in just a year or two.

If such a sharp contraction in US money supply occurs, the effects on economies such as Australia are almost impossible to predict.

And this is where we need to look again at Mr Hockey’s advice to would-be home owners – that there’s never been a better time to get a home loan.

‘Better’ really is not the word.

The government spent its first 18 months in power maintaining its ‘debt and deficit’ fear campaign, when in reality it was an excellent time for governments to borrow at super low rates.

Conversely, it is now extolling the virtues of bulking up on private mortgage debt to young Australians when, in reality, it is an excellent time to hold off doing just that.

Young Australians who take the Treasurer’s advice do so at their own peril.

Is this the end of ‘bigger fool’ economics?