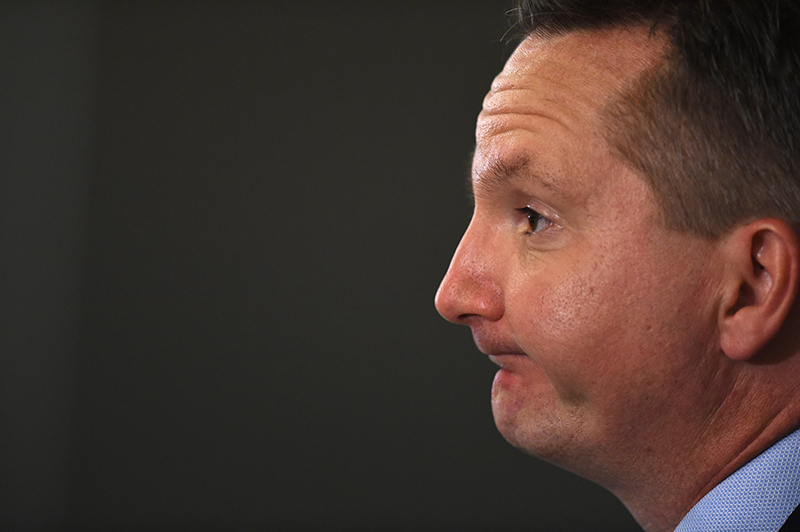 The tax reform discussion paper released by Treasurer Joe Hockey on Monday was greeted with a collective sigh of dismay by many commentators – an acknowledgement that many really smart reforms are too difficult politically.

Key among the too-hard policies is a hike in the rate of GST, or a broadening of the categories of goods and services to which it applies (from 47 per cent of goods and services at present). Labor opposes doing either because it claims such a move would be regressive – i.e. it would hit everyone equally, rather than targeting those who can afford to pay more, while protecting those who can’t.

• Why tax reform will be a minefield for Joe Hockey
• Raising the GST will hurt families, warns welfare group
• Crack! The sound of another broken election promise

If such a move were effected in isolation, Labor would have a point. However, this tax reform paper is looking at numerous reforms, and in truth a GST hike could be quite progressive if combined with offsetting pension and welfare increases, and income tax cuts that favoured lower income earners.

And what Labor fails to add when opposing this “regressive” change is that a truly regressive change is happening already in the form of bracket creep.

With each year in which CPI is positive, the buying power of workers’ pay packets is diminished. At the same time, CPI-linked pay rises push a greater proportion of dollars earned into higher tax brackets.

So if no change is made to the tax system, lower income earners will be slugged, and income tax will make up a growing proportion of revenues – a scenario almost universally disliked by economists because of the disincentives it creates to take up work, or to work full-time hours. Australia, because of its aging population, needs its working age citizens to do both.

So step one in the tax reform process is to stop Labor getting away with its ‘regressive’ argument against examining the GST rate and base. Or, failing that, get shadow treasurer Chris Bowen to explain where else Australia’s fiscal funding gap can be fixed.

One of the virtues of a value added tax like the GST is that it has a very small distorting effect on where consumers choose to spend their money – put another way, it does not create perverse incentives to consume things one would not usually consume.

For instance, state-based stamp duty on house sales is hideously inefficient. Amongst other things, it encourages empty nesters to live in large houses rather than take a financial hit selling up.

But if inefficient taxes are to be scrapped, efficient ones need to do more – and besides a broad based land tax, the GST is most efficient of all.

Having said all that, don’t hold your breath on Labor backing GST change.

However, there is one other area where they are more likely to give the Coalition some bipartisan support to fix the budget – namely in reducing ‘tax expenditures’.

That rather confusing term refers to tax the government never takes from people or companies that would otherwise have to pay (see Hockey is protecting a fiscal ‘monkey trap’, December 16, 2014).

While Australia has long had a progressive income tax scale, in which high earners pay higher rates, changes over the past 20 years have given wealthy Australians absurdly large opportunities to reduce their tax bills. The biggest tax minimisation happens through superannuation tax concessions, negative gearing of residential property and capital gains tax concessions, also on residential property.

Both sides of politics should have the guts to tackle the latter two, but don’t.

However, on super tax concessions a small start was made by Labor in 2013.

The concessions at present give a tax credit of 30 cent for each dollar a high income earner stashes away (up to set limits depending on age), charge no tax at all on income received from their fund during retirement, and tax earnings inside super accounts at just 15 cents in the dollar.

While that is all pretty fair for most super fund holders with modest savings, when super accounts start to bulge with, say, $5 million, one has to ask why young families pay more tax, to allow all these concessions to go to very wealthy people.

So in 2013, Labor wrote up a legislative change that would tax income streams for every dollar paid out over $100,000 per year. That would have applied to super accounts holding about $2 million or more – a tiny fraction of retirees.

In government, however, the Abbott government decided not to proceed with even that tiny change.

Well, the budget is continuing to deteriorate and economically efficient taxes must be found to stop the inequitable rot of bracket creep.

With Labor dug in on the GST, all eyes must turn to tax expenditures – and super tax concessions in particular.

If ever a reform looked inevitable, this must surely be it.