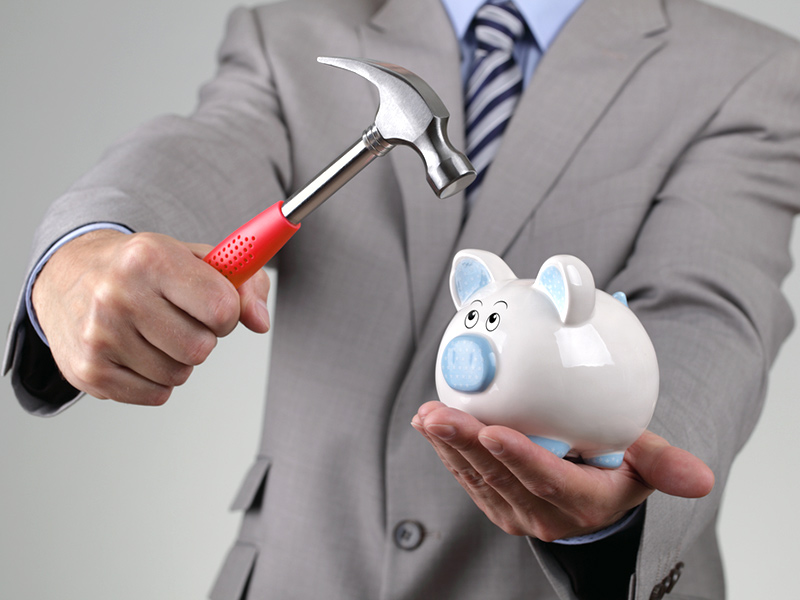 Treasurer Joe Hockey is expected to announce a tax on savings accounts which will earn the government hundreds of millions of dollars a year but come at the expense of savers.

The tax, which will be charged on deposit transactions, is a return of the Financial Institutions Duty (FID) which was abolished in 2001 when the Howard government introduced the Goods and Services Tax.

When former Treasurer Peter Costello introduced the GST, a major plank of his sales pitch was that government duties on bank accounts would be abolished.

Before 2001, withdrawals made on cheque accounts attracted the Bank Accounts Debit Tax (BAD Tax) and deposit transactions were hit with the FID. State and Federal governments reaped billions each year from these banking-related taxes until they were removed in July 2001.

But the Abbott government is now planning to resurrect a variation of the FID on the grounds that the extra cash will help to fund the federal government’s guarantee of bank deposits.

Under the guarantee, the government says it will compensate all depositors up to $250,000 on accounts held with a bank or credit union that goes under.

Until now, the federal Coalition had been opposed to introducing such a tax on the grounds that it would erode the savings of retirees.

The ALP included a similar proposal in its policy platform at the 2013 election, so the idea now has bipartisan support.

In a curious case of politicking, Mr Hockey on Sunday blamed Shadow Treasurer Chris Bowen for raising the idea for the tax.

“There are many things I don’t like that I have to implement at the moment that have been a legacy from six years of bad Labor government,” Mr Hockey told Network Ten on Sunday.

Mr Hockey said a final decision on the proposal would be announced as part of the government’s response to the Murray Inquiry’s recommendations for overhauling the financial system.

The proposed duty on bank deposits is controversial because, if implemented, it would break the Abbott government’s promise not to introduce any new taxes in its first term.

It would also undermine the tax relief arrangements that Mr Costello established to pave the way for the GST.

As a junior Treasury minister in 2001, Mr Hockey argued for the introduction of the GST on the basis that other taxes were being dumped.

It is not clear how much the government wants to swipe each year from Australian bank accounts.

However it has been suggested that the proposed tax would be imposed at roughly the same rate as the defunct FID. The FID was levied at 0.06 per cent on all deposits. In 2001 the FID harvested $1.2 billion from Australian depositors.

The total deposits held at Australian banks and credit unions grew by $130 billion to $1.8 trillion last year. If the proposed tax had been levied at the FID rate in 2014, the government would have collected almost $800 million. But that is only a minimum estimate because deposit taxes are by their nature “repeat taxes”.

For example, depositors who habitually roll over term deposits every three months would attract a duty four times a year because they are technically changing accounts each quarter.

Several of the major banks have already signalled their opposition to such a duty, arguing that they will be forced to pass on additional costs to customers.

The Australian Bankers’ Association last week pre-empted the leaking of the government proposal by releasing a research report on the annual tax paid by local banks.

According to the report, Australian banks pay more tax than banks in other developed countries such as the USA and Britain. The aggregate tax paid by six locally-listed banks was $13 billion last year, which equates to an effective tax rate of 28 per cent.

The effective tax rates of US banks average less than 10 per cent, the ABA report showed.

Crack! The sound of another broken election promise