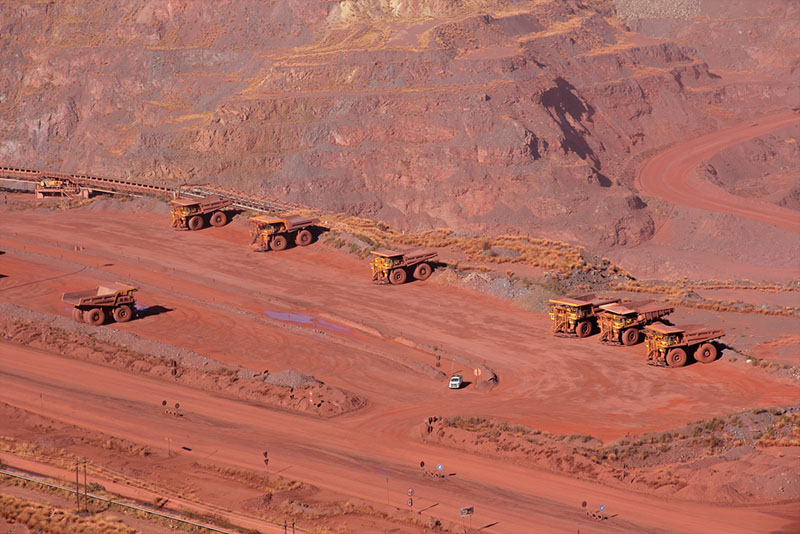 Australia failed to capitalise on a once-in-a-lifetime mining boom because politicians put short-term vote-winning policies ahead of the long-term interest of the nation, economists say.

The private interests of the powerful mining lobby were equally to blame for the squandering of a golden opportunity to strengthen Australia’s economic future.

An unprecedented boom in demand for commodities – mainly from China – saw Australian exports of iron ore and coal skyrocket in the early 2000s.

But rather than use the associated tax revenue to strengthen the non-mining sectors in preparation for the inevitable end of the boom, the Howard government passed the savings straight to households in the form of income tax and superannuation tax concessions, a move which Labor supported.

“I’ve never seen something so squandered in my life,” says Mr Richard Robinson, associate director of economics at BIS Shrapnel.

“What happened in the 2000s [when the mining boom began] is that corporate tax revenue increased. Instead of putting that into a future fund, their first response was to recycle those increases into personal tax cuts. The household sector was therefore the main beneficiary of the mining boom.”

This, he says, translated into increased investment in property and rising house prices.

What the government should have done

Mr Robinson says the government should have kept income tax where it was, and put the revenue into a ‘future fund’ or sovereign wealth fund that could be used to fund other sectors when times were tough.

While Howard’s treasurer Peter Costello did indeed set up such a fund – the Future Fund – its scope is limited to funding the government’s pension obligations. No contribution has been made to the Future Fund since the Howard administration.

“The mining sector is driven by global demand, so we were just lucky. But today Australia doesn’t look good,” he says.

“The government should have taxed the mining boom and spent the money on research and development, and education, because that’s where the long-term future is.”

In particular, Professor Madsen says it should have been used to improve Australia’s agricultural knowledge and technology, particularly by funding the CSIRO.

“The global population is going to grow and there will be a shortage of food in the future. We need to boost our productivity in agriculture, and we have not done that.

“Yes, we have squandered it [the mining boom] away. We should have kept taxes up.”

Ironically, Mr Robinson says one of the main recipients of research and development funding has been the mining sector. While he says this makes sense up to a point – as Australia’s mining sector is world class – he also agrees with Madsen.

“The government could be putting more money into CSIRO, which they are actually cutting,” he says.

It could also have been used to invest in renewable energy technology – a policy vigorously opposed by the mining industry for obvious reasons.

Both Mr Robinson and Professor Madsen agree that the combined power of the mining industry was a major factor in preventing the Rudd-Gillard Labor government from getting its hands on the spoils through a mining tax.

“The [benefits of] the mining boom has gone to the billionaires, and that has made them more powerful,” says Professor Madsen. “We have seen it in the African mining sector: the bigger it becomes, the bigger the industry’s political power becomes.”

In the case of Australia’s mining boom, he says in the battle over the mining tax, it was no contest. “It’s infuriating – the mining industry won the whole thing.”

Mr Robinson says the mining lobby’s $20 million anti-mining tax advertising campaign was a major factor in swaying public opinion. He says the government could never have justified spending that amount of money to the electorate. Meanwhile, to the mining industry $20 million is “chicken feed, petty cash”, he says.

However, the economists agree that the mining tax was badly designed, allowing mining companies to write off potential taxable income as necessary expenditure. Hence the final tax introduced by the Gillard administration failed to raise much money at all.

The money: what we missed out on

In the year 2000, the total value of energy, minerals and metals (hard commodity) exports was just under $45 billion, according to BIS Shrapnel figures. By 2012, at the end of the mining boom, the figure had more than quadrupled to $188 billion.

But over the past two years, investment in mining has fallen off as demand from China levelled out after its meteoric rise.

Iron ore, one of the two stars of the boom, halved in price in 2014. The other star, coal, also plummeted. So far other sectors have failed to pick up the slack, meaning unemployment has been on the rise and tax revenue is falling.

According to China’s Customs Bureau figures released on Tuesday, trade between Australia and China grew by just 0.3 per cent in 2014, compared to 11.5 per cent in 2013, a dramatic and ominous drop.

How Australia squandered the mining boom