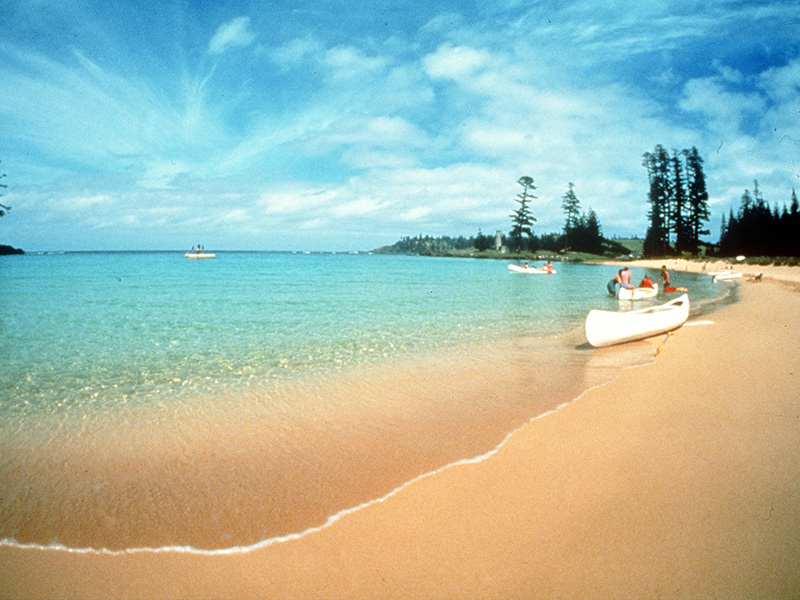 Thousands of Australian punters probably don’t know that up to 20 per cent of the online bets they splash on dog meets at Dapto and thoroughbred races at Doomben are processed through computers on Australia’s least known tax haven, Norfolk Island.

Norfolk Island, a community founded by descendants of the 18th Century Bounty mutiny, has some unique attributes that have managed to capture corporate attention.

There’s its natural beauty, unique fauna and flora and cheap bookmaking licenses. There’s also the remarkable lack of a requirement for individuals and companies to pay income tax, despite the fact they enjoy the many benefits of Australian citizenship.

• Another 25 million reasons to save $10 on Cup Day
• The great Australian dream: what happened?

This curious fact has had consequences for the Norfolk Island Government, which is balancing precariously on the edge of bankruptcy, with the local economy on the brink of collapse.

Despite that fragile financial environment, the island has managed to attract three of Australia’s most active electronic bookmaking sites – Betstar, Ladbrokes.com.au and bookmaker.com.au.

All are owned by global betting giant, Ladbrokes PLC, and are licensed to operate in Australia through the Norfolk Island Gaming Authority (NIGA).

They appear to be proud of this arrangement with Betstar, for example, including the following clause in the terms and conditions for its internet service:

There seems to be some powerful financial logic behind Ladbrokes’ decision to base its Aussie operations 1400 kilometres off the coast of New South Wales.

Gambling licensing arrangements with the local government earn the island $1.5 million a year, which even for a community of only 2000 is not a huge amount of money.

Established betting providers like Tabcorp are unhappy, saying NIGA licences are simply devices for bookmakers to minimise tax paid on the Australian mainland.

She noted her company, which has tote licenses in several states, paid $212 million in state betting taxes on turnover of $11 billion in the 2014 financial year, while corporate bookmakers licensed in the Northern Territory paid just $2.7 million on combined turnover of $8 billion.

And for bookmakers holding Norfolk Island licences, the annual tax bill is capped at only $300,000.

Federal Treasurer Joe Hockey is promising a crackdown on tax avoidance by multinational firms and Tabcorp is taking advantage of the situation by drawing attention to the activities of big, internet-based corporate bookmakers like Ladbrokes and William Hill (owner of tomwaterhouse.com.au).

Tabcorp agitates for the Federal Government to harmonise the way betting turnover taxes are collected in all states and territories in a move that would boost the tax take from places like the Northern Territory and Norfolk Island and, Ms Dwyer says, be good for racing.

In other words the corporate bookies can afford to return more to punters when they operate in low tax environments, tilting the playing field away from the state TAB’s and on-course bookies.

The Norfolk Island government is broke and wants a bailout from Canberra but a Senate inquiry has recommended the Abbott government provide financial support only on condition that the territory’s 2000 residents start paying income tax and comply with most other features of Australia’s tax regime.

There is also a proposal to make Norfolk Island part of New South Wales, which would put bookmaking businesses within the tax and regulatory bailiwick of NSW Deputy Premier and racing minister, Troy Grant.

Online bookies reined in by Britain

The move helped shine the spotlight on the local operations of both companies, with the National Party leading a Federal push to introduce national regulation for online wagering.

Former social services minister Kevin Andrews signalled that national legislation was in the pipeline when he announced in October the formation of a new working group to advise the government on offshore betting.

He warned of tax losses from bookmaking groups located in unregulated regions and said “it is understood the annual turnover by Australians punters with these organisations is in the hundreds of millions of dollars”.

Responsibility for implementing the Andrews’ reform agenda now rests with Scott Morrison, who took over the social services portfolio after a ministerial reshuffle before Christmas.