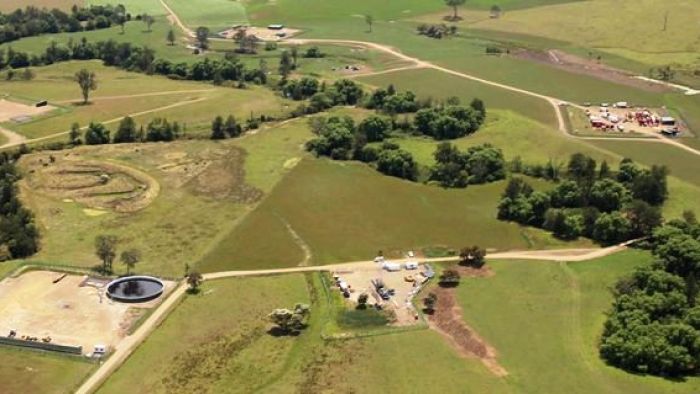 There are renewed concerns over a coal seam gas fracking operation in the Hunter Valley, after a contractor was fined for illegally dumping wastewater into Newcastle’s sewer system.

AGL recently completed fracking at four CSG test wells just outside Gloucester, but has been vague on the detail of what would happen to the flowback water from the operation.

Hunter Water says in October it refused an application from waste contractor, Transpacific to discharge treated flow-back water from the AGL site.

But it says it recently became aware that Transpacific had discharged a prohibited substance into the sewer system from its treatment site on Newcastle’s Kooragang Island.

The company was fined  $30,000 and warned that any further breaches would result in the termination of its commercial agreement with Hunter Water.

Community group, Groundswell Gloucester says it is outrageous and AGL’s licence should be suspended.

Group spokesman and barrister John Watts says the water could contain fracking and drilling chemicals, and heavy metals including arsenic, lead and mercury.

“It is outrageous AGL has allowed this water to be released into the Hunter sewer system that pumps to the ocean, putting our health and environment at risk,” he said.

“This is a serious matter and the NSW Resources Minister Anthony Roberts needs to act immediately to suspend AGL’s licence and investigate potential breaches of the conditions of their license.

“For months, the community has been asking AGL to provide details about how they plan to dispose of their toxic waste water from their coal seam gas wells at Gloucester.

“We now know why AGL were so coy about telling the community where the water was going, it was being illegally dumped into the sewers of Newcastle.”

The ABC has contacted both Transpacific and AGL for comment.