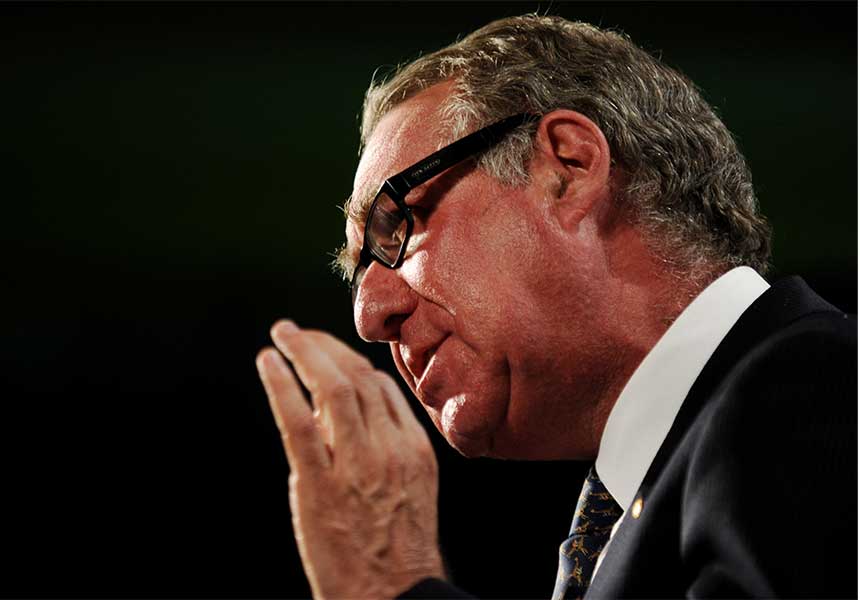 ANZ and National Australia Bank expect the economy to grow more slowly in 2015 but say the longer-term outlook for Australia remains strong.

The ANZ’s chairman, David Gonski told the company’s annual general meeting that despite low interest rates and a falling Australian dollar, the economy would continue to be weighed down by weakness in the mining sector.

“In 2015, while we expect interest rates to remain low and the decline in the Australian dollar will be good for many sectors of the economy, we believe the economy will grow somewhat more slowly than in the past year,” he told shareholders at the bank’s annual general meeting.

NAB Chairman Michael Chaney on the bank’s annual general meeting in Brisbane the outlook for the economy was “subdued”, despite a boost from the recent free trade agreement with China.

NAB’s economists expect the economy to grow by 2.9 per cent in 2014/15, which is below its long-term average. Mr Chaney said Australia had “reasonable” long-term economic prospects, thanks to its relationship with China and the aim of G20 nations to boost global growth.

The new  analysis comes just a day after the Westpac Melbourne Institute leading index predicted a slowing growth rate for the first half of next year but some improvement later in the year.

The Australian dollar is trading below US82c on concerns about the local economy and a rebounding US economy and currency.