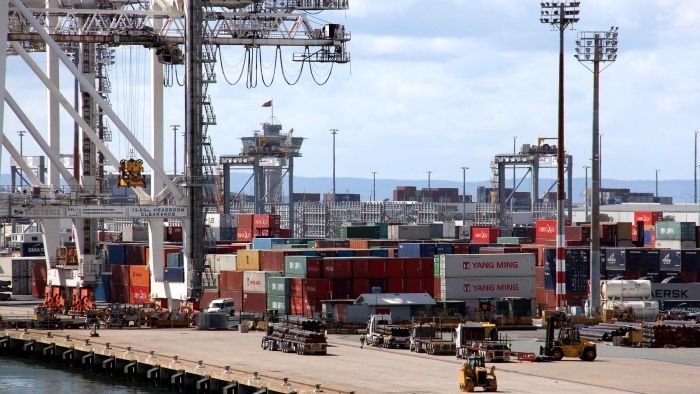 The NSW Greens demand details of arrangements to cap container movements through the Port of Newcastle.

The New South Wales Greens have accused the state government of trying to cover up a deal to cap the number of container movements through the Port of Newcastle.

Greens MP John Kaye says questions have been put to the Roads and Freight Minister Duncan Gay and the Treasurer Andrew Constance about the size of the cap and what compensation would be paid if the cap is exceeded.

Dr Kaye says both MPs have dodged the question, referring the matter back to each other.

“Duncan Gay and the Treasurer Andrew Constance are playing pass the parcel,” he said.

“They’re refusing to own up to the awful truth that they have put a cap on container movements through the Port of Newcastle and punitive compensation if that cap is exceeded.”

He says it raises serious concerns about how Newcastle’s port has been locked into a future reliant on coal exports.

“What they have done is in effect put a limit on the economic future of the Hunter and they’re refusing to take responsibility for it.

“This was all about fattening up the sale of Port Botany.

“The people of the Hunter have been sacrificed in order to get a maximum return by giving Botany an effective monopoly over container movements.

“It looks like for 98 years, the port of Newcastle will be restricted to dangerous and dirty good, the clean, exciting goods, the container goods will go through Sydney.

“Newcastle will be left with coal and explosives.”

The Treasurer has denied there is any deal to prohibit development of a container terminal in Newcastle, but did not comment specifically on the issue of a cap.

A spokesman for Andrew Constance says the transaction arrangements for Port Botany and Kembla and the Port of Newcastle reflect the government’s Freight and Ports Strategy, that Port Kembla should be the State’s next container terminal once Port Botany reaches capacity.