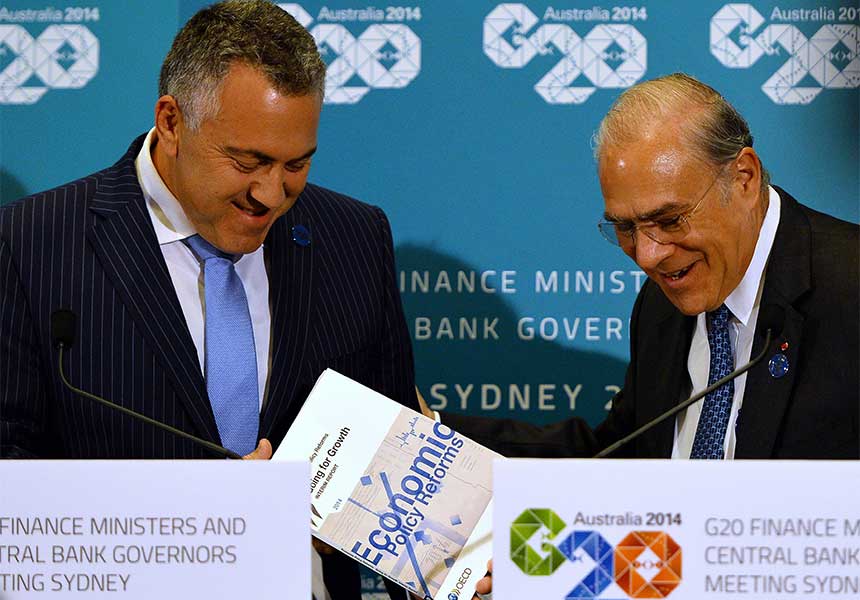 Australia’s booming  house prices are a potential threat to the economy and the government should consider using loan restrictions on banks to rein them in, says a report on  the country by the Organisation for  Economic Co-operation and  Development.

The OECD observes that housing prices are up around 10 per cent in the last year and says Australian house prices have far outstripped those in comparable countries since 1995.

This means that both Australian households and banks are racking up large levels of household debt and if the property market were to turn down sharply, home owners, investors and banks could all strike economic dislocation with a large knock on effect through the economy.

The report says that lending restrictions based on banks’  exposures to housing “may become appropriate if a general slowing in lending is needed, and as a means of signalling concern and willingness to act to stabilise the financial system as a whole.”

Bank of America Merrill Lynch chief economist Saul Eslake said he though such restrictions, known as macro-prudential measures, “are warranted and might remove obstacles for the Reserve Bank to cut interest rates further.”

The bank has expressed concern that any further rate cut “may further overheat the property market,” Mr Eslake said.

The OECD also highlighted the favourable tax treatment of property investment in the form of negative gearing and capital gains tax discounts for both property and shares.

The latter results in  “only half of the net capital gain being liable to income tax.”

“The incentives to negatively gear could be reduced,” the OECD said.

Last week the Australian Prudential Regulatory Authority warned banks that if residential investor lending grows at more than 10 per cent a year in any single institution it would consider levying penalty capital requirements.

Investor loans are now growing at 9.9 per cent.

The Murray inquiry into the financial system called for the banning borrowing for property and shares by self managed super funds and for a review of negative gearing in next year’s tax white paper.

The OECD also drew attention to the Government’s budgetary moves to deregulate universities by removing the caps on tuition fees, reducing the per student subsidy to universities and by charging higher interest on student loans under the HECS system.

The OECD says “these reforms will allow market signals to operate more strongly and more fully recognise the large private gains from education, but there are risks.”

“Success depends crucially on whether strong tuition-fee competition develops and how effectively the fees reflect genuine differences in the quality of education between providers and between courses.”

Measures to protect access and equity in the changes “may not be sufficient” the OECD warns.

Govt may need to clip the property market’s wings