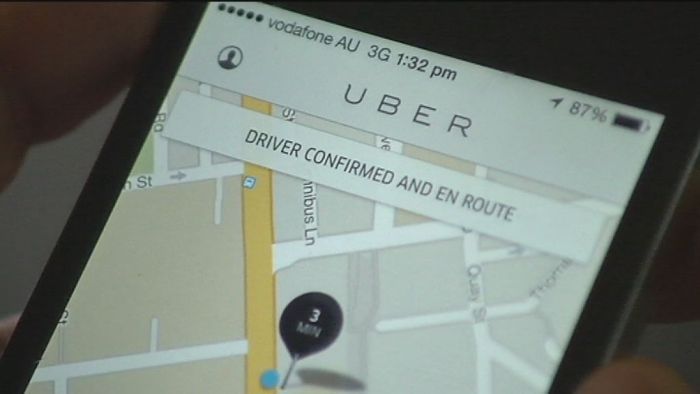 The WA Department of Transport has targeted 24 individuals involved with the controversial Uber ride-sharing service, with a view to prosecutions for operating unlicensed taxi services.

Aaron De Rozario, the department’s general manager of passenger services, told 720 ABC Perth they have issued notices to produce financial and contractual documents to gather evidence for a potential prosecution.

“We believe these vehicles may be operating as taxis outside of the taxi act and we are seeking further information so we can determine if an offence has been committed,” he said.

Uber launched in Perth in July to much hostility from the taxi industry.

The passenger charter service operates through a smartphone app and allows customers to book and pay for vehicles after providing their personal information, including credit card details.

Drivers use their own cars and are not personally licensed to provide a taxi service, however Mr De Rozario said the department believed a number of Uber drivers were taxi drivers moonlighting with Uber.

“Our role as a regulator is primarily focussed on the safety aspects of the services being provided. For us, the use of private motor vehicles to carry passengers is a concern,” he said.

“When we are on the road we can pull those vehicles in, and we have a very rigid policy on the roadworthiness of any vehicle that we encounter.

“If there is any problem, we put it off the road. We can’t identify Uber vehicles in the same way.

“They don’t have security cameras, so if there is an incident there is no independent evidence of what occurred in the vehicle.”

In a statement, Uber defended its Perth service, saying: “Uber doesn’t believe anyone should be fined for providing safe, reliable rides in their city. As always, Uber stands by its partners fully”.

The quality and reliability of taxi services is Perth has been the subject of fierce public debate in recent months, with both the RAC and the Economic Regulation Authority recommending deregulation as a way of improving services and reducing fares.

Listeners to 720 ABC Perth expressed their frustration with current taxi services via SMS saying they were unsafe and dangerously driven.

The maximum fine for breaches of the Taxi Act is $5000.