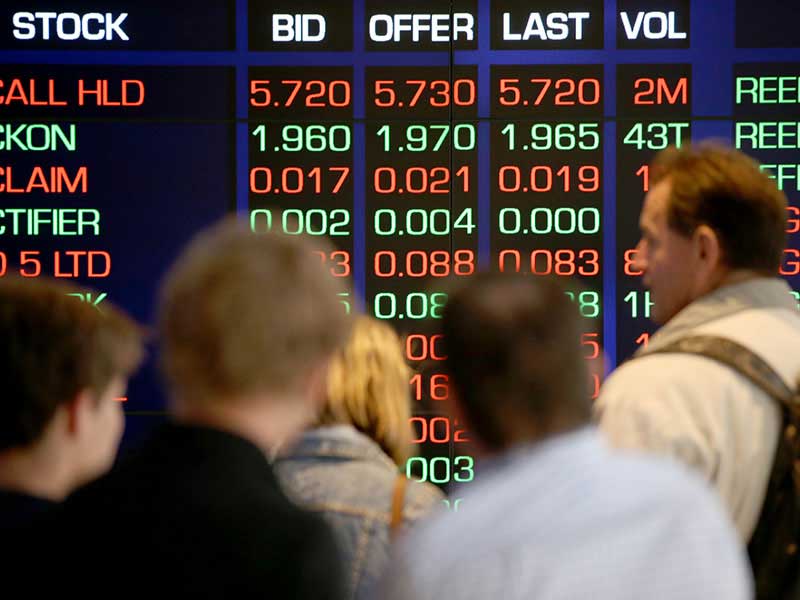 The weakness follows declines on foreign markets over the weekend with the US Dow Jones industrial average down 1.8 per cent to 17280.83 and the UK FTSE index down 2.5 per cent to 6300.63.

News on the American economy was positive with the consumer confidence index rising to 93.8 from 88.8.

Most base metal prices were stronger but aluminium, iron ore and zinc weakened. Gold fell 0.3 per cent to $US1222.20 an ounce.