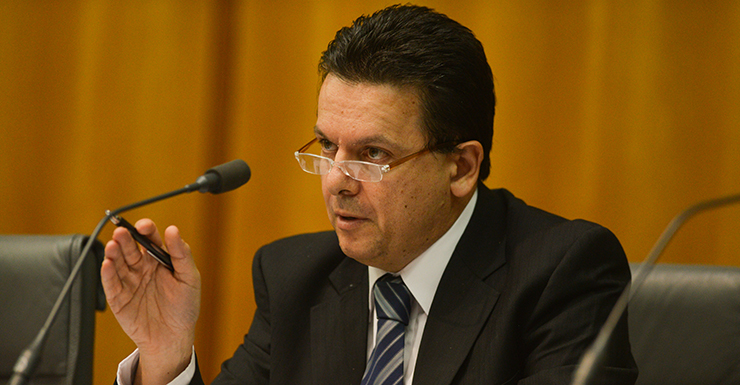 Influential South Australian senator Nick Xenophon has indicated that he will support an overhaul of governance rules for super funds recommended by the Murray Inquiry.

In a statement, Senator Xenophon said he welcomed the recommendations made by David Murray’s inquiry “requiring super funds to have a majority of independent directors and an independent chair”.

Senator Xenophon’s support for independent directors could have profound implications for the future structure of industry super funds. In recent months, the South Australian politician has emerged as a pivotal player in the voting behaviour of cross-bench members in the Senate.

But the proposal has been labelled “political” by David Whiteley, chief executive of Industry Super Australia.

Mr Whiteley said there was not sufficient evidence to justify a ban on representative trustee arrangements, and accused bank-owned retail funds of waging a political campaign against industry funds.

“It’s quite clear that the banks are running an overtly political campaign to change the structure of industry funds,” he said.

“It’s also clear that little thought has been given to the implications of such a change.”

Most industry funds operate on a representative model by which unions, employers and other superannuation sponsors appoint the directors.

Mr Whiteley said evidence in Australia and in other western countries showed that the representative trustee model delivered better returns to members.

“We need wise and mature heads to sit down and identify the costs and benefits of changing the structure of industry funds,” he said.

The Financial Services Council (FSC) – the body representing retail funds – believes the recommendation should be implemented.

“We strongly support the recommendation to require public offer superannuation funds to have a majority of independent directors and an independent chair,” said FSC chief executive John Brogden.

A research report published this week by leading superannuation research house Rice Warner highlights scenarios under the Murray proposal where the strategic interests of independent directors may come into conflict with those of super fund owners.

“An industry super fund is almost a privately-owned business where the shares are held beneficially for members.

“It’s a bit anomalous to say the people driving the strategic direction of a fund should be non-aligned to owners.”