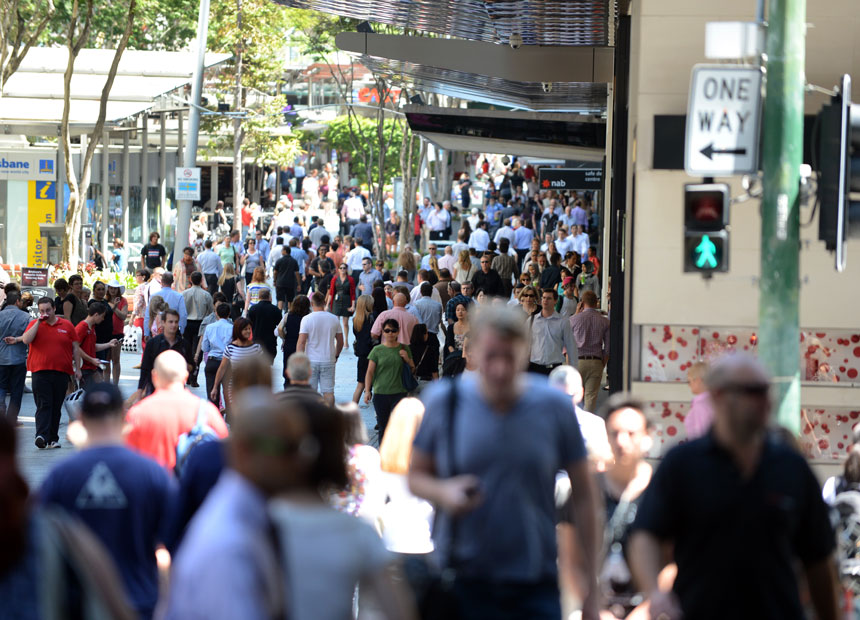 Just when consumers didn’t need any more bad news, the jobless rate looks set to finish the year at a 12-year high.

Economists expect the unemployment rate will tick up to 6.3 per cent from 6.2 per cent when labour force figures are released on Thursday.

It will do little to lift the mood of consumers, with new figures showing confidence slumping to its lowest level since August 2011.

The Westpac-Melbourne Institute consumer sentiment index tumbled a further 5.7 per cent in December, in what the bank’s chief economist, Bill Evans, described as a “very disturbing” result.

“Respondents are clearly concerned about the outlook for the economy and job security,” he said when releasing the report on Wednesday.

There was also “disillusionment” about the May budget. Despite this gloom, retailers look set to have enjoyed their best year since the global financial crisis six years ago, according to an analysis by Deloitte Access Economics.

“So there is more money in people’s wallets,” she said.

Even so, Australians are likely to be wary before the mid-year budget review, which is due to be handed down by Treasurer Joe Hockey next week.

In the past couple of weeks, the government has made key changes to several controversial budget measures in an attempt to make them more palatable, the latest being a modified Medicare co-payment.

According to Prime Minister Tony Abbott, more changes are on the way.

Finance Minister Mathias Cormann says the government is dealing with all the measures in the budget sequentially and in “a prioritised fashion”.

Opposition Leader Bill Shorten believes the government should be bringing down a mini-budget to explain how it will pay for its changes.

“This nation cannot afford to enter 2015 with a collapse of confidence … unemployment rising,” he told reporters in Sydney.