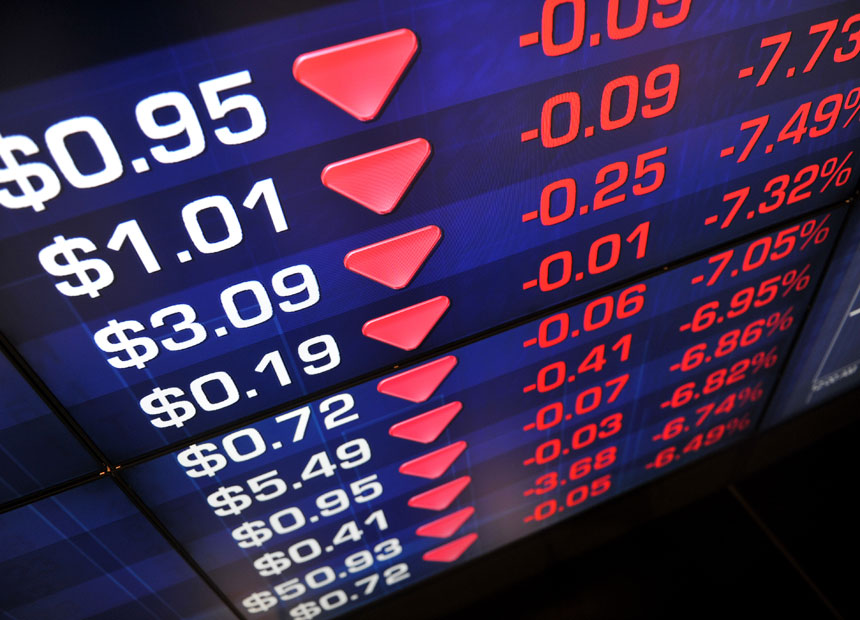 The Australian dollar and the local share market have fallen again in the wake of further falls for global oil prices.

The local currency has now fallen nearly 2 per cent from its recent peak on Thursday last week; it was buying around 84.48 US cents about 3:20pm.

The Brent crude oil benchmark price had fallen another 2.8 per cent to $US68.22 at midday.

That added to its loss of more than 6 per cent on Friday in the wake of a meeting of the Organisation of the Petroleum Exporting Countries in Vienna.

The OPEC group elected not to cut production in a bid to boost prices.

As a result, energy and mining stocks were again the biggest losers on the Australian share market, adding to their falls on Friday.

Oil Search was 6.5 per cent lower, Santos was down 6 per cent and Woodside had fallen 5.2 per cent.

BHP Billiton had fallen 3.2 per cent and Rio Tinto was down 1.9 per cent, while gold miner Newcrest has slumped 7.1 per cent.

That took BHP Billiton stock to around $29.90 a share, which would be the first time the miner has slipped below $30 since 2009 if it closes at that level.

Not all companies were hurt by falling oil prices, however. Qantas was bucking the market’s trend with a rise of 6 per cent, following strong gains on Friday.

Rival Virgin Australia was also on the rise, up 1.2 per cent.

Telstra had fallen 0.6 per cent.

Retailers and healthcare firms were mixed, with Coles’s parent company Wesfarmers 0.1 per cent higher, but Woolworths down another 1.2 per cent.

Pharmaxis was up 2 per cent and hearing implants firm Cochlear had gained 0.8 per cent, but Ramsay Health Care had fallen 1.3 per cent and Sonic Health was 0.4 per cent lower.