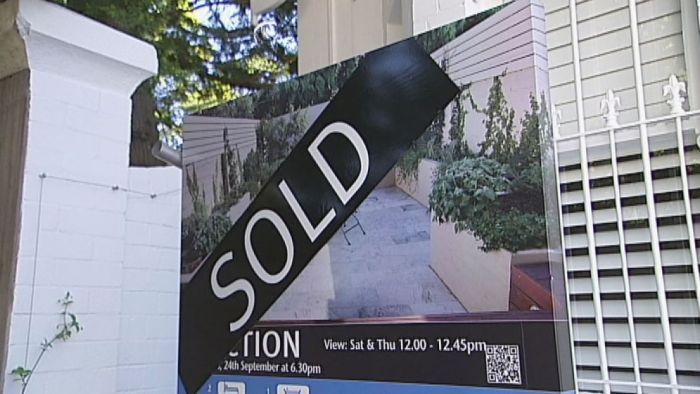 The OECD says investor-driven house price rises are a key risk for Australia.

The Reserve Bank has painted an optimistic picture of the economy and left the door open on further rate cuts, but the OECD is warning of housing risks and the need for interest rates to rise soon.

Speaking at an Australian Business Economists dinner last night, the RBA’s deputy governor Philip Lowe told the audience that Australians had gotten too accustomed to a world beating economy and seem to have become unduly depressed now that the nation has come back to the pack.

“Retailers thought it natural that their sales grew more quickly than people’s incomes. Many investors thought that earning capital gains on their existing assets was the key to wealth creation. Banks got used to very fast growth in their balance sheets. And we all got used to the annual tax cuts that came from strong revenue growth,” he observed.

“But these trends were not normal. And so, two years ago, my thesis was that the dawning realisation of this was affecting the national psyche.”

Dr Lowe said it is important that uncertainty around Australia’s economic future does not translate into “chronic pessimism”.

“If this were to become our normal mindset, then we would be well on the way to finding ourselves in the very world that we feared,” he warned.

In an effort to boost confidence, during the question and answer session, Dr Lowe suggested that record low interest rates were having an effect and could be cut further if needed to boost sagging growth.

“We are seeing lower interest rates lead to higher asset prices and that’s inducing more real activity in the economy,” he commented.

“If further interest-rate reductions were required, they would have some effect in stimulating economic activity.”

In stark contrast, the Paris-based Organisation for Economic Cooperation and Development (OECD) has put a second quarter 2015 timeline on Australian interest rate rises.

That would see the first lift in the official cash rate taking place between April and June next year.

In its half-yearly economic outlook, the OECD pointed to the low rate-driven, investor-led rise in housing credit as a key risk to financial and economic stability.

“House price increases are encouraging construction and consumption, but are also a concern in that a sharp reversal could cut aggregate demand,” the organisation warned.

“The momentum in property prices is uncertain and could unwind sharply.”

The OECD said the rapid run up in home prices from an already high base “requires close oversight”, and suggested that so-called macroprudential home lending limits might also help limit risks.

“Further prudential measures on mortgage lending should be considered as a targeted means to cool the market, thereby heading off risks to financial stability,” the report added.

However, at the same time as warning of the risks of an overheated property market, the OECD also outlined the short-term benefits.

The OECD expects Australian economic growth of 2.5 per cent this year and 3 per cent next.

Dr Lowe was also optimistic about Australia’s economic prospects over the longer term.

He pointed to three significant drivers of future growth.

The first is an increasing Asian-born population with connections to their come countries.

Dr Lowe said more than 8 per cent of Australian residents were born in Asia, compared to around 3.5 per cent in the US, just over 2 per cent in the UK and much less than that in most European nations.

He said the connections of these residents with their home countries should help boost trade and business opportunities, and goodwill with the region where Australia’s top three export destinations are located.

The second factor boosting the economic outlook is connected with the first – population growth.

Dr Lowe said it is much easier for domestic businesses to cope with uncertain economic times in the knowledge that “the overall size of the pie is getting bigger.”

The third driver is the increasing exports of resources, which will boost revenues for Australian residents to some degree even though much of the benefit goes to overseas shareholders.

“A lower exchange rate would obviously make a difference to these comparisons.”