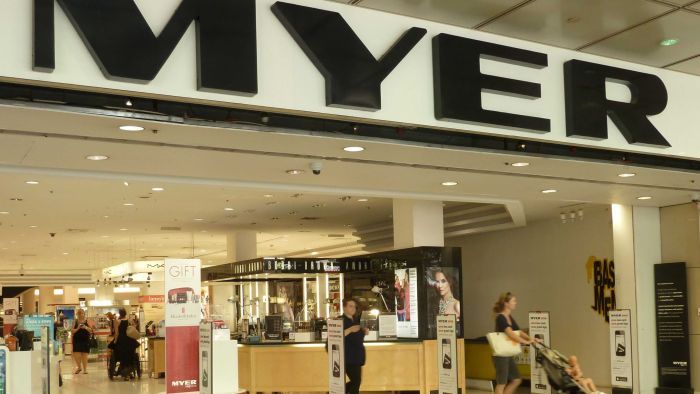 Myer said it is expecting a strong festive sales period.

Department store Myer has reported the smallest possible lift in sales during its first quarter.

The department store reported a 0.1 per cent rise in sales to $691.6 million across its store network.

Looking only at stores that were open for both periods, Myer said sales were up 0.7 per cent in the 13 weeks to October 25 compared with the same period a year ago.

The retailer said cosmetics, toys, childrenswear and menswear were its best performing categories during the quarter.

South Australia and New South Wales were the best performing states, with the opening of a refurbished Adelaide CBD store boosting sales in the former.

Myer reported continued sales growth in its exclusive brands, its sass & bide subsidiary and a number of other key brands.

“As anticipated, trading gathered momentum as the quarter progressed reflecting the recent opening of our Indooroopilly (Queensland), Adelaide (SA), and Macquarie (NSW) stores following major refurbishments and the opening of a new store at Mt Gravatt (Queensland) in October,” noted Myer’s chief executive Bernie Brookes in the report.

Mr Brookes said he was particularly happy with the cosmetics business, which has delivered ten consecutive quarters of growth, and helped the retailer post comparable store sales growth for nine of the last ten quarters.

He said the company had rolled out a seasonal Christmas gift centre across many of its stores and was optimistic about its festive season sales prospects.

“There are a number of significant initiatives that have been rolled out during recent months including the customised iPads in stores, the launch of Giftorium, and just recently the exciting re-launch of the Myer brand,” Mr Brookes said.

“We believe the business is well positioned to make the most of the busiest time of the year during Christmas and the stocktake sale.”