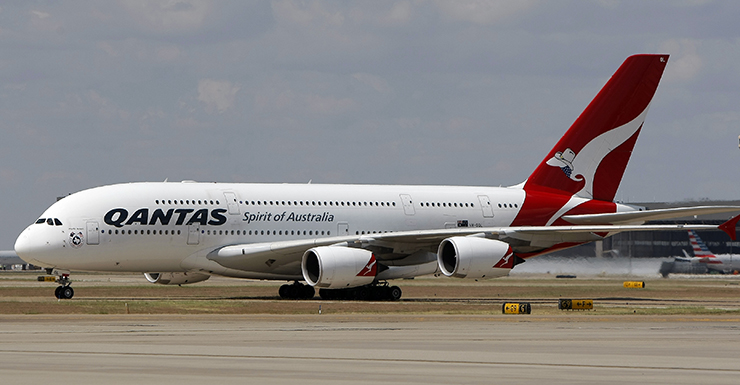 Foreign ownership of Qantas is close to its government-imposed limit, with nearly 48 per cent of the airline now held by overseas investors.

Qantas has announced that 47.8 per cent of its shares are now held offshore, just below the 49 per cent foreign ownership cap set by the Qantas Sale Act.

• Virgin cleared to sell Velocity stake
• Which airline do Aussies fly with most?

The level of foreign ownership is up from 44.7 per cent in September and August’s less than 44 per cent.

If international investors were to hold more than 49 per cent of the airline, Qantas said, the carrier would disregard the voting rights attached to the excess shares and would act to reduce foreign ownership to below the cap level.

Qantas’ largest shareholder is the US-owned Franklin Resources, which held 17.56 per cent of the airline at the last count, in September.

It has been a difficult 12 months for the airline, which in August posted a record $2.8 billion annual loss due to the poor performance of its international business and a bruising domestic war with rival Virgin.