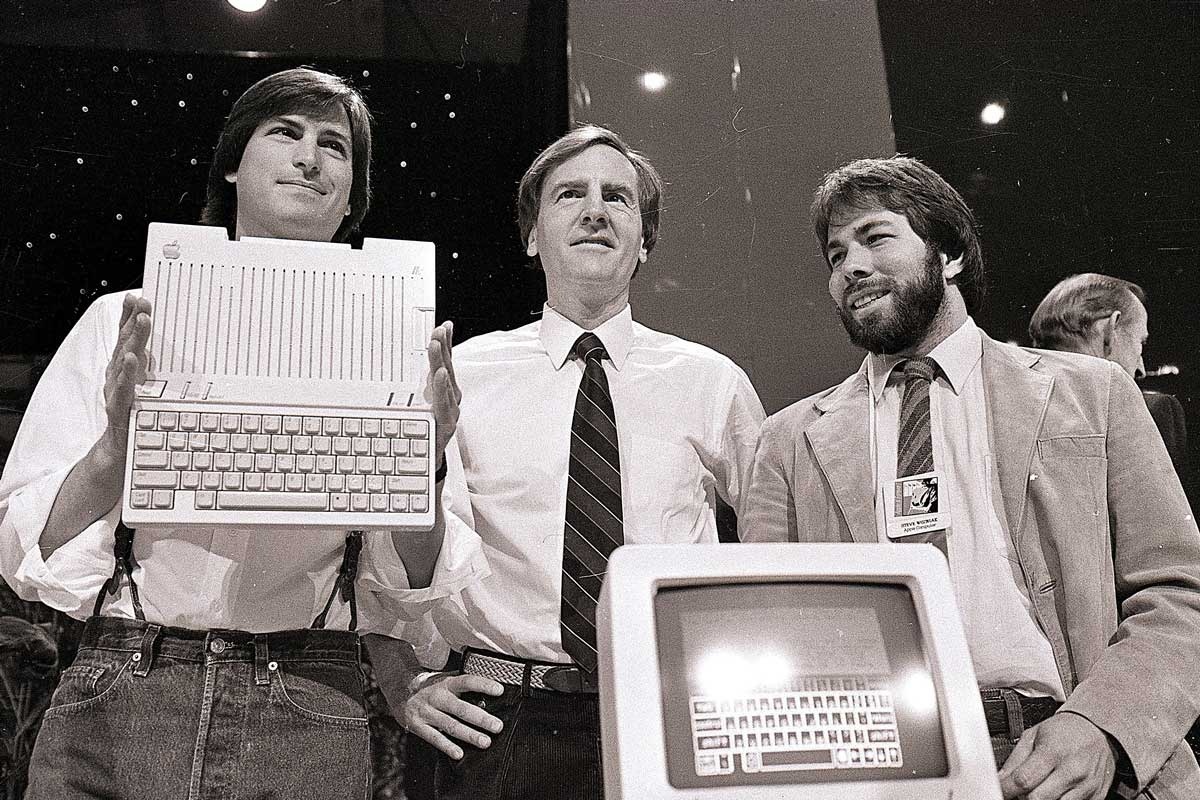 Days away from its highly awaited product launch, Apple is aiming for a new “big thing” as the iconic gadget-maker finds itself under pressure over a celebrity photo theft scandal.

Apple has been customarily tight-lipped ahead of Tuesday’s event at a performing arts centre where late Apple co-founder Steve Jobs introduced the Macintosh computer 30 years ago.

But those who follow Apple are expecting bigger versions of the iPhone and – perhaps more significantly – an entry into wearables with an “iWatch” at the event led by Apple chief Tim Cook.

The choice of venue has fueled talk Apple will crash the wearable computing party with a health-themed smartwatch, in a bid to dominate the segment the same way it ruled smartphones, tablets and MP3 players with iPhones, iPads and iPods.

“This is probably the last major thing that Steve personally will give us,” Creative Strategies president Tim Bajarin said.

“It is Tim Cook’s design, but the genesis began with Steve’s journey through health issues.”

Bajarin says the impetus for a wearable Apple device came from Jobs and his frustration with the health care system while battling the illness that took his life in late 2011.

Apple could use its services such as online data storage locker iCloud to aggregate health information and act as a mediator with the health care industry.

“You could see this being bigger for Apple than the music industry,” Bajarin said, referring to the company’s prosperous iTunes store.

“Money spent on health care makes the money spent in the music industry look like peanuts.”

Cook has stated that wearable computing makes more sense on the wrist than in eyewear such as Google Glass.

Apple is fine-tuning a new mobile operating system that could allow for mobile payments and includes a health platform, which could mesh nicely with an “iWatch” for tracking activity, sleep, pulse and more and connecting to an iPhone or iPad.

While Apple is not the first to dive into the business of building brains into wearable devices, the company is likely to set its offering apart with a trademark blend of style and innovation.

“They will put their design genius and back-end content networks into a wearable.”

Apple is likely to unveil the iWatch form and design to entice software developers to tailor applications for hardware that won’t be available for months.

“I believe it will be another historic product for Apple,” Bajarin said.

Confidence is high, and timing is right, for Apple to introduce new-generation iPhone 6 models with screen sizes stretched to tap into love for “phablets” combining features of smartphones and tablets.

“Frankly that’s one of the things they need to do to improve their standing in the market,” Forrester analyst Frank Gillett said of iPhones getting bigger.

“Much of the market popularity of smartphones has been driven by large screens.”

Apple has seen sales growth for iPhones, but slower than its rivals like Samsung. The iPhone has a leading share in the US market of some 40 per cent, but its worldwide share of the smartphone market is less than 12 per cent, according to surveys.

Gartner analyst Van Baker predicts Apple will unveil an iPhone 6 with a screen increased to 11.94 centimetres, and that odds are strong for a 13.97 centimetres version.

New iPhones are also expected to feature near-field communication chips that will let them be used as mobile wallets, challenging services such as Square or Google Wallet.