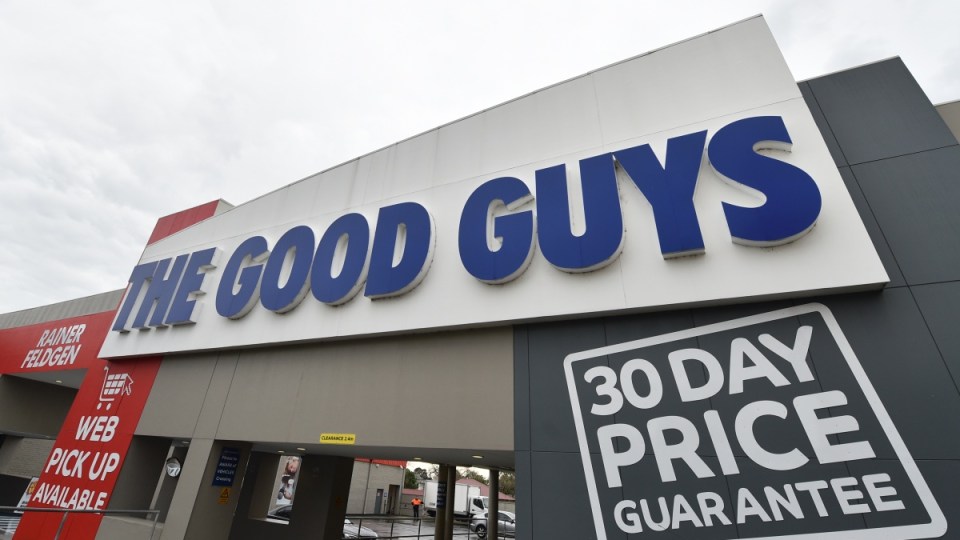 The Good Guys has quietly paused a trial of facial recognition technology as it awaits the outcome of a complaint. Photo: Getty

Home appliance chain The Good Guys is putting its controversial trial of facial recognition technology in its stores on hold.

The retailer had been trialling the technology at two Melbourne outlets, saying it was aimed at preventing theft and other illegal activities.

But this week it said it would pause the trial while the Office of the Australian Information Commissioner considered a complaint from consumer advocate group Choice against the retailer and Bunnings and Kmart, which also use the tech.

The decision was made “pending any clarification from the OAIC regarding the use of this technology”, a spokesperson said.

“The Good Guys take the confidentiality of personal information extremely seriously and remains confident that the trial complied with all applicable law,” the spokesperson said.

“The technology was solely used to review incidents of theft, and for the purposes of customer and team member safety and wellbeing.”

Choice laid its complaint earlier in June after finding more than three-quarters of Australians were unaware that big retailers were using facial recognition technology.

The tech analyses images from video cameras to capture each person’s unique facial features, known as a faceprint. Consumer data advocate Kate Bower compared its use to collecting fingerprints or DNA from customers every time they shopped.

“Businesses using invasive technologies to capture their customers’ sensitive biometric information is unethical and is a sure way to erode consumer trust,” she said.

On Wednesday, Choice welcomed The Good Guys’ move and urged Kmart and Bunnings to do follow.

“This is an important step in the right direction for The Good Guys, and a decision we know reflects community expectations,” senior campaigns and policy adviser Amy Pereira said.

Ms Pereira said there had been an “an overwhelming response from the Australian community” against retailers’ use of the tech since Choice’s revelations.

“People who shop at The Good Guys will be pleased to know they’re now able to do their shopping without this intrusive technology monitoring them,” she said.

Earlier in June, Choice said it had asked 25 major retailers about their use of the tech. Kmart, Bunnings and The Good Guys were the only three to capture shoppers’ biometric data.

Respondents to a survey of more than 1000 Australian households by the advocate group said they felt the practice was “creepy and invasive”. Others considered it “unnecessary and dangerous”, and said they wouldn’t want to enter a store that used it.

The retailers’ use of the tech is outlined in privacy policies on their websites. Kmart and Bunnings also have small signs at store entrances.

At the time, Bunnings defended its use of facial recognition technology. Chief operating officer Simon McDowell said it was only one of several measures used to keep staff and customers safe.

“In recent years, we’ve seen an increase in the number of challenging interactions our team have had to handle in our stores and this technology is an important tool in helping us to prevent repeat abuse of team and customers,” he said.

A Kmart spokesperson said the retailer was trialling facial recognition in a handful of stores “for the limited purposes of loss prevention (such as reducing refund fraud) and safety”.

“We are committed to keeping personal information private and protected in compliance with privacy law,” the spokesperson said.