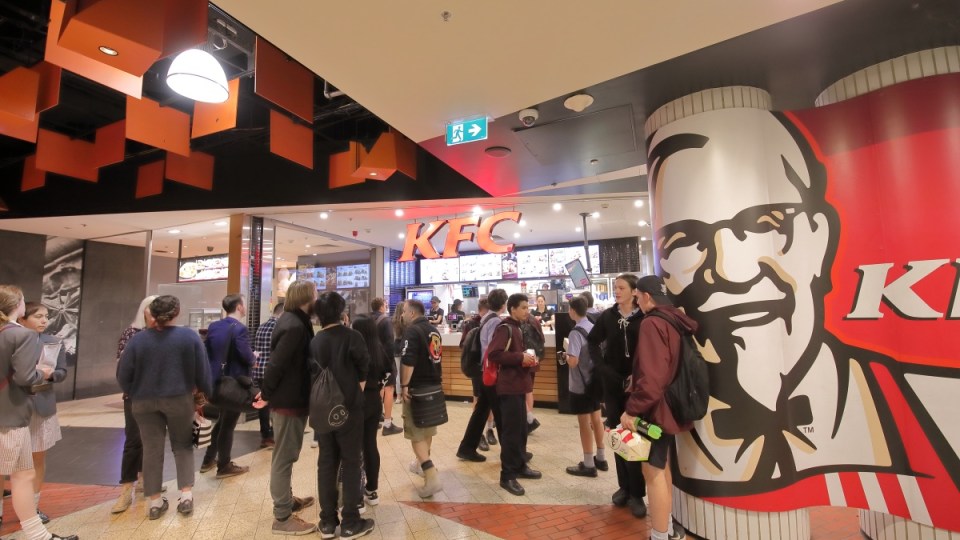 KFC diners face having to fork out more for their favourite burger or chicken pack, with the fast-food chains owner warning of more price hikes on the way.

Collins Foods chief executive Drew O’Malley said the company was poised to lift menu prices at its local KFC stores a third time, after raising them in January and earlier this month.

“We do expect something more will be required,” he said, although he refused to say when it would come.

Mr O’Malley said the company – which owns 261 outlets in Australia and also oversees the Taco Bell and Sizzler chains – tended to be “very careful” when lifting menu prices.

“This is a brand that for the last 10 years has taken menu prices below CPI every year. And while this year we do think we are going to need to take a bit more than is normal, that’s still an overall strategy we want to stay with,” he told The Australian on Tuesday.

Collins Foods has already lifted prices in January and expects to raise them again this year.

In more developments that are likely to divide consumers, Mr O’Malley said KFC would also keep stuffing its burgers with a mix of cabbage and lettuce for several more weeks as supplies remained curtailed.

KFC made the menu change in early June, blaming “lettuce supply chain disruptions due to the impacts of the Queensland and NSW floods” that had devastated lettuce crops. The shortage also sent lettuce prices soaring, with reports of shops charging up to $10 or $12 for a single iceberg.

“We have introduced a blend of 60-40, lettuce and cabbage. We think that‘s probably going to be required for the next four to six weeks or so. But ultimately, we look forward to returning to the traditional iceberg lettuce,” Mr O’Malley said.

Collins Foods, which has a network of fast-food outlets across Australia, Asia and Europe, reported a bumper full-year result on Monday. Its full-year revenue was up 11.1 per cent increase to $1.2 billion, with profit up 68 per cent to $54.8 million.

The takeaway boss’s warning follows a similar statement from food and grocery wholesaler Metcash. Metcash, which supplies independent supermarkets and outlets such as IGA, Foodworks and Drakes Supermarkets, revealed on Monday that nearly two-thirds of its suppliers had sought to raise prices in recent months, some multiple times.

And it followed a warning from the boss of Victoria’s SPC cannery that the prices of canned goods were likely to keep rising for some months.

Reserve Bank boss Philip Lowe has said the central bank expects inflation to hit 7 per cent late this year before moderating next year.

The RBA is expected to raise official interest rates again when it meets next Tuesday. Dr Lowe said he did not expect it to rise by 75 basis points – the sizeable increase made in the US this month – but the discussion is likely to be around a 25 or 50 basis point hike again.

KFC operator warns of pricier chicken, burgers on the way