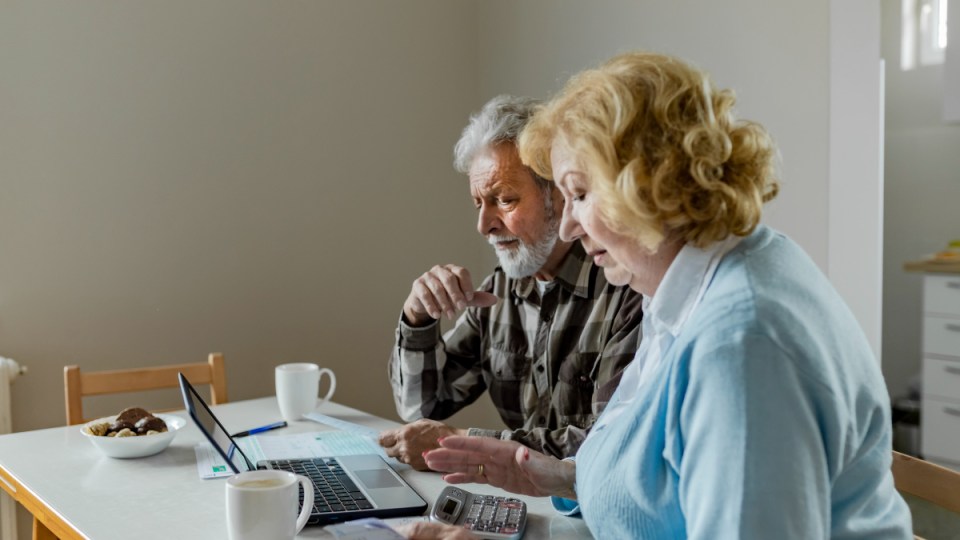 Not-for-profit IDCARE has experienced a big jump in the number of calls for help related to scams. Photo: Getty

It all started with a Microsoft pop-up on 82-year-old George’s computer screen that wouldn’t go away.

Thinking it was genuine, George*, who was battling cancer, called the listed number for technical support and the person who answered requested remote access to his computer.

That pop-up and the resulting call to a purported Microsoft office led George and his wife Dorothy* on a journey through the murky world of internet scams.

Within 24 hours they had been scammed three times, lost $50,000 of their life savings, and were too embarrassed to even tell their children.

The first scam came when they were told their computer had a problem and they had to fill in a form to receive a $250 refund for the inconvenience.

Instead, $25,000 turned up in their bank account, which the technician told them was a mistake and begged them to transfer the money back, by going into a branch, which they did.

They were then instructed to go to another branch and transfer another $24,750 because the initial transfer had not gone through. By this time Dorothy’s patience was wearing thin.

“My husband is 82, he has got cancer and the next branch is on the other side of the city and you have to wait at the bank as there are no longer many tellers,” Dorothy told the man on the other end of the phone.

In return, he was calm, polite and insistent, and Dorothy believed there was no other choice.

George drove across town and did as he was instructed.

The couple was further hit when, suspecting it was a fake, they searched online for a Microsoft support number that they called.

This was again answered by scammers, who also gained remote access to their computer and convinced them to transfer $4000 for an antivirus program to protect them.

The elderly couple, from Western Australia, are just one of a growing number of people falling victim to ever-more sophisticated scams and online fraud.

IDCARE, a national not-for-profit that assists and provides counselling to victims of scams, is now taking more than 400 calls a day from desperate Australians.

Most of those seeking help are aged 35 to 50 years.

Pleas for help are coming in from all over Australia but are concentrated in the Melbourne and Sydney regions. Some have lost all their savings.

A 20-page IDCARE report, the Psychology of Scams, draws on the personal experience of 100,000 victims of scams who have contacted the agency and examines the deceptive practices of scammers and who they target.

So far in 2021, IDCARE has experienced a 43 per cent increase in the number of calls for help compared to last year and talked to more than 140,000 people who have fallen prey to deception.

The increase is attributable to the upsurge this year in telephone and SMS scams that have targeted Australians during the COVID-19 lockdowns.

“We get people every day ringing up who have lost their life savings,” Professor Lacey said.

“We are trying to get a better understanding of what goes on in people’s brains.”

The study found that the most common factor leading to people being duped is a belief that the message of the scammer originates from a trusted and authoritative source.

“When we looked at the last 100,000 victims to engage our case managers, we considered the main influences relating to ‘scam belief’. Put simply, what did victims of scams say explained or influenced their belief in the scammer? The use of a well-known brand impersonated by the scammer was a key influence in almost half of these cases.

“An incentive or fear are also common amongst believability,” the report finds.

Professor Lacey said a big factor in people cutting off contact with scam networks was when family members got involved.

He said scam outfits frequently keep notes of whether potential victims live alone or have family with them.

*George and Dorothy are pseudonyms