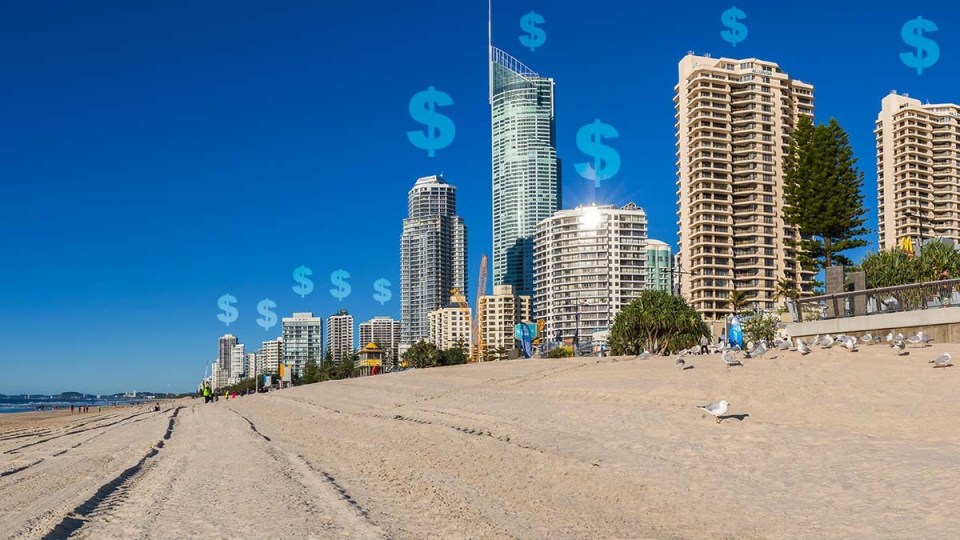 Airbnb prices are on the rise before the Christmas rush. Photo: TND

Australians planning a trip to the coast this Christmas will want to get in fast – average Airbnb prices in tourism hotspots are already soaring.

As Australia prepares for a tourism renaissance driven by open borders and high vaccination rates, holiday rental prices in tourism hotspots have risen by $64.80 a day on average over the past three months.

Data compiled for The New Daily by analytics firm AirDNA shows Airbnbs became much more expensive on the Gold Coast, the Whitsundays, the Sunshine Coast, Coffs Harbour, Byron Bay and Cairns as COVID-19 restrictions eased over September and October.

Average daily prices across these areas soared 24.3 per cent in annual terms during October, suggesting holiday prices will reach higher levels over the coming Christmas rush than they did over December last year.

Prices have already risen 11 per cent in these areas between June and October and are already higher in the Whitsundays than they were last Christmas.

This translates to a whopping $111 increase in average daily prices in the Whitsundays since August and a $118 increase across Bryon Bay.

Bookings in these areas have also begun to increase sharply after falls in July as New South Wales and Victoria entered extended COVID lockdowns.

The higher prices aren’t surprising, because the tourism industry is preparing for a Christmas rush across Australia now that borders are open and NSW and Victoria have hit their 80 per cent vaccine targets.

International borders are now reopening and some domestic restrictions are easing for the first time in almost two years, with pent-up demand expected to drive a big rise in domestic holidaying over the New Year period.

Bookings are already rising in these hotspots as families lock in beach trips, a trend that will likely peak before Christmas.

Booked nights in hotspots tracked by AirDNA for The New Daily rose by 45 per cent between August and September, or by about 51,400 nights.

Prices and booked nights typically rise substantially over the New Year period, but this year the end of Delta lockdowns is increasing demand.

Booking demand was already 7 per cent higher in September and October than the same time last year, according to the AirDNA data.

The Tourism and Transport Forum said earlier this week that businesses in tourism hotspots like Coffs Harbour, Newcastle and Port Macquarie are experiencing a 50 per cent rise in bookings for the summer break.

“The resumption of international travel quarantine free for the fully vaccinated along with increasing confidence our border will now stay open has also seen a significant spike in bookings,” TFF CEO Margy Osmond said.

“This is a promising sign ahead of the hopefully imminent return of international tourists.”