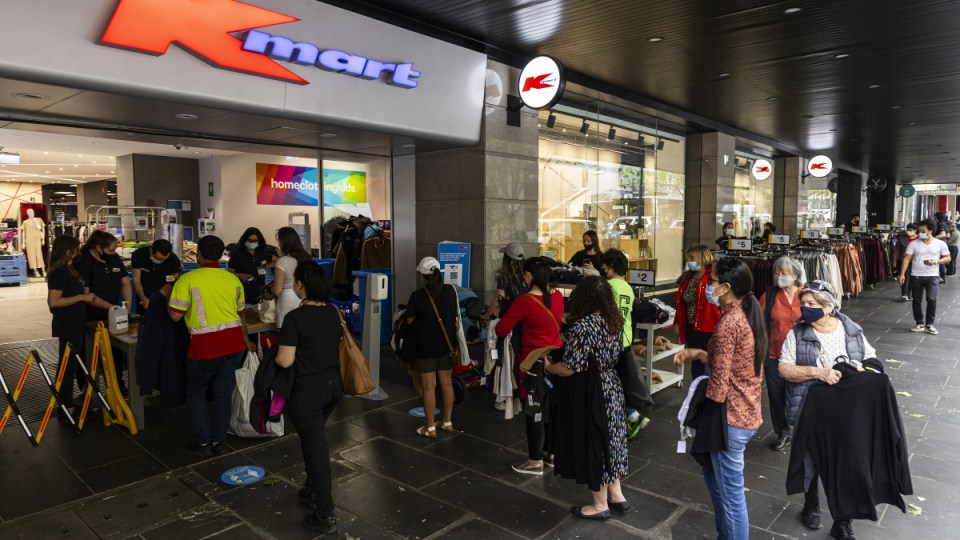 Australians can now buy goods with Afterpay at 322 Kmart and K Hub stores after the two retail giants joined forces on Monday.

The discount chain will allow shoppers to use the buy now, pay later service in shops having previously only offered it online.

Shoppers who use Afterpay spread the cost of their purchase over four fortnightly payments, and only pay a fee if they fail to pay on time.

“Christmas shopping can be incredibly stressful and following on from another troublesome year, the Kmart and Afterpay offering in-store will provide budgeting relief to many families and individuals,” Kmart said in a statement.

“As one of the most requested partnerships by Afterpay customers, this announcement will come to great delight for the die-hard Afterpay X Kmart enthusiasts who have been campaigning for this for some time.

“The news has arrived just in time as restrictions ease and in the lead up to Christmas, signifying the mark of a brighter future for retail.”

The partnership comes weeks after Sydney residents flocked to Kmart as soon as restrictions were relaxed, with hundreds of shoppers flooding the discount store at the first opportunity.

Kmart reopened its doors to Melbourne shoppers on Friday after Victoria hit its 80 per cent double-dose vaccine milestone.

“We also know how much younger Australians have missed shopping in-store (69 per cent) and how excited they are to hit the shops again (42 per cent), as found in our recent Lockdown Liberation Study,” Ms Konstas said in a statement on Monday.

Kmart teams up with Afterpay before Christmas rush